An estimated 1.6 million tonnes of munition from the world wars are still stored on the seabed of German waters in the North and Baltic Seas. The Bundestag has now approved a 100 million euros action programme to recover contaminated sites. The Thünen Institute provides important data for this. 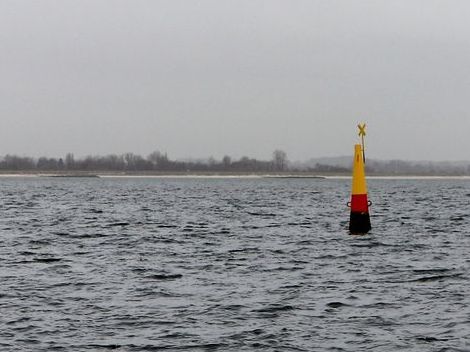 An estimated 1.6 million tonnes of World War munition are still stored on the seabed of German waters in the North and Baltic Seas. The Bundestag's budget committee has now approved an immediate action programme worth 100 million euros to recover contaminated sites. The Thünen Institute provides important data for this.

The money from the emergency programme will be used, among other things, to commission a salvage platform as a pilot project. On the one hand, this platform will make it possible to use robot technology to lift bombs, grenades, torpedoes and the like that were disposed of in the oceans after the world wars. On the other hand, the explosives contained in them are to be incinerated directly on site on the platform. A challenge, because the salvage itself will also pollute the environment. "From our point of view, close-meshed environmental monitoring is therefore necessary during the salvage operations," says Jörn Scharsack, head of the CONMAR-Fish sub-project at the Thünen Institute.

In the CONMAR project consortium of the German Alliance for Marine Research (DAM), the Thünen Institute, the Helmholtz Centres GEOMAR and Alfred Wegner Institute, the Leibniz Institute for Baltic Sea Research, the University of Kiel and the Senckenberg Gesellschaft für Naturforschung are jointly investigating the location and condition of munitions dumps in German waters and their possible effects on the environment. For some areas of the Baltic Sea, it has already been documented in detail how much and what kind of munition is stored there. This knowledge is now being systematically extended to the North Sea.

Based on the collected research data, priorities will be set for recovery, such as in which areas to start and which munitions to lift first. For many things are still not clear to the scientists. For example, whether hazardous substances also escape when they are buried under sediment.

TNT in fish and mussels

Fish, which are fundamental components of marine ecosystems and an important source of food for humans, are of particular interest. In the CONMAR-Fish sub-project at the Thünen Institute, for example, research is being conducted into the effects of TNT (trinitrotoluene), an explosive that escapes from bombs, shells or sea mines, on the marine environment and fish health. For this purpose, dab, flatfish living on the seabed, are regularly tested for pollutant residues in the munition dump site Kolberger Heide in the Bay of Kiel. Explosives were detected in the fish as well as in mussels that were deliberately exposed near the munitions in experiments. This means that these substances can also enter the fish food chain. In addition, TNT and its degradation products can damage genetic material.

More information can be found in the article "Munition on the sea bed".