What’s the catch? – The importance of marine recreational fisheries

OF Institute of Baltic Sea Fisheries

Recreational anglers take a significant and variable amount of fish from individual stocks, it had to be included in the scientific stock calculation. However, angling is also an economic factor.

Although in principal recreational and commercial fishers are catching the same fish, they do not compete for the current quota. The quota is calculated on the basis of fished biomass. Up until now, recreational catches have not been considered, because they were unknown. Including recreational catches in future stock assessments raises the perceived productivity of the stock proportionally, increasing the allowable catch by the amount of the recreational removals. Therefore, the total allowable catch of commercial fishery can remain stable, the new, higher, quota just needs to be allocated in a different way. A suitable management should incorporate the interest of the recreational and commercial sector taking into account the high socioeconomic importance of the marine recreational fishery.

The collection of recreational fishery data such as numbers of fishers and their catch is difficult and complex, associated with a variety of challenges. Read more about data collection in the expertise. 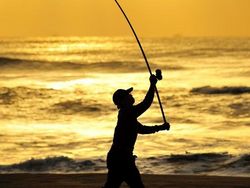 Development of the German data collection since 2003

Recreational fisheries sampling in Europe started with the introduction of the Commission Regulation (EC) No 1639/2001, requiring Member States to sample Bluefin tuna catches in all areas and Salmon in marine waters of the North and Baltic Sea. 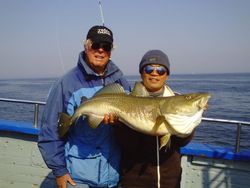