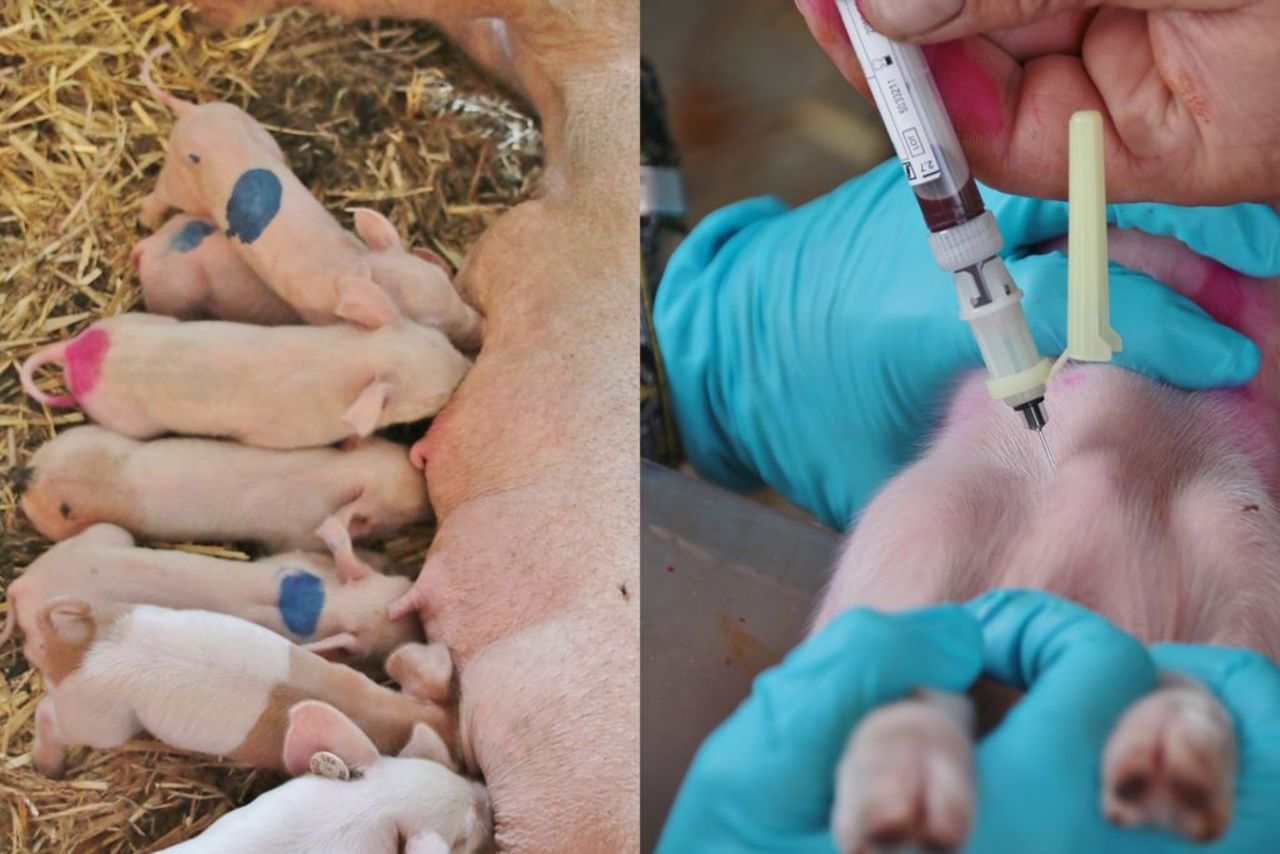 Study on optimal iron supplementation for piglets in organic agriculture

The iron demand of suckling piglets cannot be met from sows´ milk alone, but relies on iron uptake from the environment (e.g. rooting). Because that´s not possible under modern housing conditions, iron must be supplemented.

Optimizing piglets´ health is an important topic in organic agriculture. Because of the comparatively long suckling period (minimum 42 days), feed intake of piglets increases later than on conventional farms. As a consequence, iron deficits can occur. Iron is needed for blood formation and oxygen transport, therefore an iron deficit can lead to retarded growth, increased susceptibility to disease and decreased vitality. To avoid iron deficits, iron is usually supplemented via injection on the third day of life, irrespective of the production method (conventional versus organic). But in organic farming, this doesn´t seem to be enough, most likely due to the longer suckling period.

Within each litter, each version of iron supplementation is tested on three piglets. Therefore only litters with at least 9 healthy piglets heavier than 1 kg on day 3 are included in the study. Piglets are assigned to the treatments at random on day 3. Data collection between piglets´ birth and age 62 days included animal losses and diseases, live weight (weekly weighings) and the iron status of the piglets. For the latter, blood samples from all piglets were taken on day 3, 14, 21 and 28, in order to determine blood metabolites indicative of their iron status.

Blood metabolites include hematocrit directly after taking the samples, serum ferritin  concentration and total binding capacity for iron. These metabolites can be used to describe how well piglets are supplied with iron. In addition, C reactive protein is analyzed in the blood samples from day 28, in order to determine the piglets´ immune status.

Increased iron supplementation to piglets by injecting iron two or three times resulted in equally increased blood metabolites, with both hematocrit and iron in blood serum being elevated. Piglets who only received one iron injection showed values that according to reference values indicate iron deficiency. The mode of iron supplementation influenced the growth of the animals, with average daily weight gains being higher when iron was given two or thre time compared with just once. There was no difference, however, between giving iron two or three times. We therefore conclude, that a single iron injection is not sufficient under the conditions of organic pig husbandry with accordingly long suckling poeriods, that a second iron injection positively affects piglet health and growth, and that a third iron injection does not seem necessary.