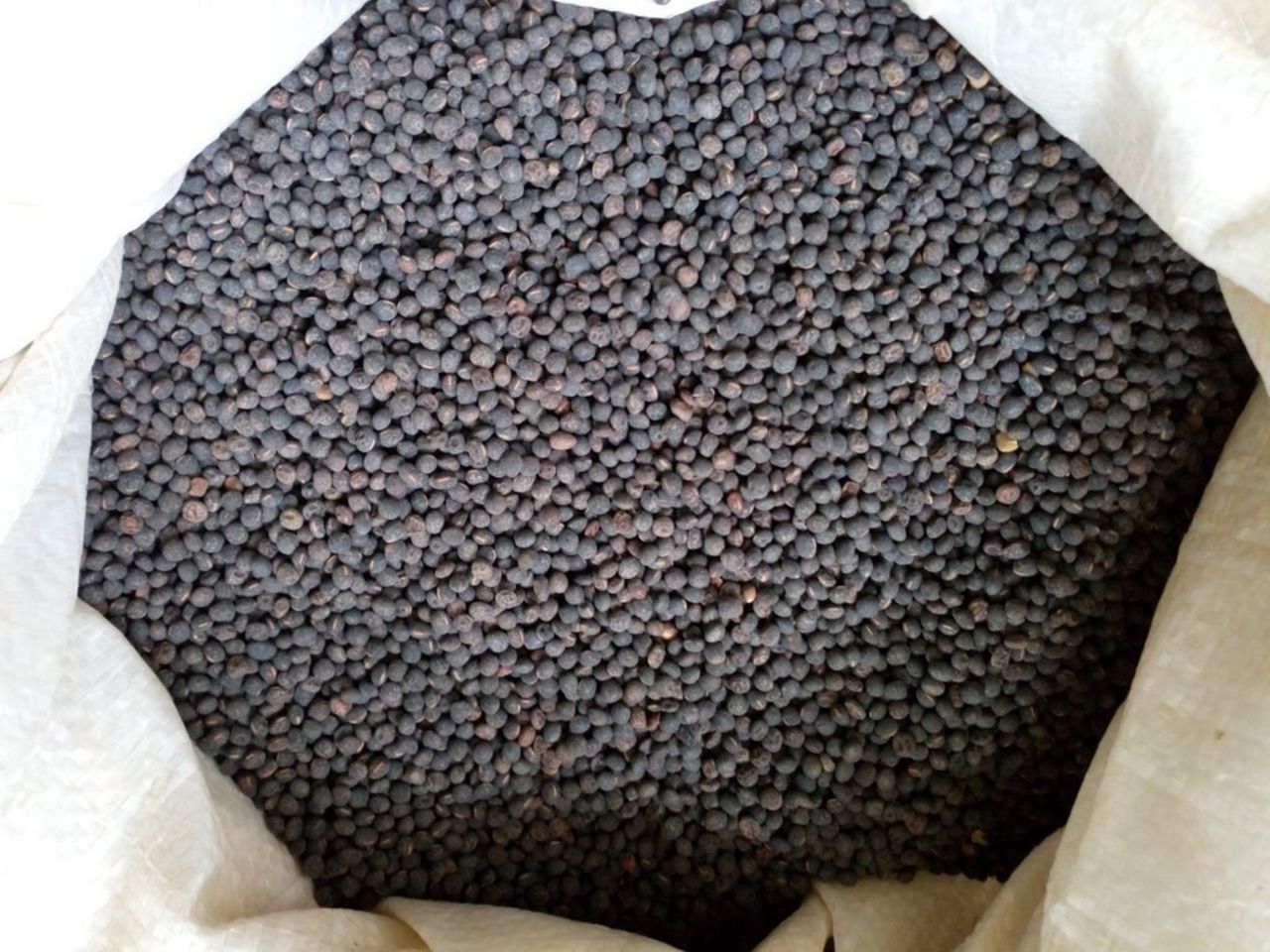 The protein-rich seeds of common vetches contain valuable nutrients, but also anti-nutritive factors, to which especially chicken and pigs are sensitive to. In this project, we examine if the treatments germination and ensiling, respectively, can reduce these negative effects and improve the feed value of common vetch seeds.

Similar to other legumes, common vetch (Vicia sativa L.) positively influence soil fertility and can therefore be an important component in organic crop rotations. Because of their high content of crude protein, the seeds of common vetch are also a protein-rich feed. However, contrary to ruminants, monogastric farm animals like poultry and pigs react sensitively to the anti-nutritive factors present in common vetch seeds. Based on previous reports about closely related grain legume species, we hypothesized that treatment pf common vetch seeds could reduce their content of anti-nutritive factors and improve their palatability and digestibility of essential amino acids.

From 2017-2019, a field experiment was conducted on the research farm of Thünen Institute of Organic Farming in Trenthorst-Wulmenau. Five different cultivars of common vetch were tested in intercropping with spring wheat (2017-2019), spring rye (2017) and spring triticale (2018-2019). Work focused on the optimal seed ratios, grain and crude protein yields and weed suppression.

Samples from the field experiments were used for germination tests and to produce model silages in order to allow conclusions about the potential of the treatment methods. Analysis included nutrients (crude nutrients, amino acids) as well as the ANF vicin and convicin, total tannins, and β-cyanoalanine and γ-glutamyl-β-cyanoanaline. The analysis of the latter cyanoalanine toxins was established as part of the project at Trenthorst.

With cultivar Slovena, which has been selected due to reliable yields, feeding trials with broilers (Isa Hubbard JA 757, age 5-10 weeks), laying hens (LB+, age 22-36 weeks) and pre-fattening pigs ((DL x DE) x Pi, live weight 28-50 kg) were also conducted at the experimental farm of Thünen Institute of Organic Agriculture in Trenthorst-Wulmenau. In all trials, raw, germinated or ensiled common vetch seed were offered separately and compared with a vetch-free control. The diet formulation was based on 15 % vetch in the diet. In an additional second feeding trial with broilers, untreated common vetch seeds were mixed into the pelleted feed in proportions of 7.5, 10.0 and 12.5 %.

Digestibilities of both untreated and treated common vetch seeds were determined by project partners Friedrich-Loeffler-Institute, Institute for Animal Nutrition in Braunschweig (fattening pigs), and University of Hohenheim, Institute of Animal Science (broilers).

The grain and crude protein yields were strongly influenced by the weather conditions during the vegetation period and were largely determined by the proportion of vetch in the seed mixture. In the years with higher precipitation, the long-growing vetch cultivar Slovena achieved the highest grain yields with30-35 % vetch and 65-70 % wheat in the seed mixture. The weed biomass increased with increasing vetch or decreasing cereal content in the sowing mixture. At the same time, weeds removed significantly more nitrogen. Mixtures with long-growing vetch varieties suppressed weeds better than short-growing ones. Spring wheat and triticale showed a similarly good performance, while spring rye did not prove successful due to a lower lodging resistance and too early maturity

Seed vetch grains had a high crude protein content of 32-34 %. The sum of the first-limiting amino acids for chickens, methionine and cysteine, varied from 5.2-5.8 g kg-1 depending on the cultivar. For vicin, only minor differences betweens cultivars were analyzed, whereas convicin contents were significantly lower in light-seeded varieties than in dark-seeded varieties. Cyanoalanine toxin contents showed no dependence on seed color. Total tannin contents, on the other hand, were significantly lower in light-seeded vetches than in dark-seeded ones. Germination resulted in a slight increase in crude protein content and a marked decrease in starch; no changes occurred as a result of ensiling. Both treatments resulted in vicin degradation, but only ensiling reduced the levels of convicin and γ-glutamyl-ß-cyanoalanine.

Broilers, layers, and pre-fattening pigs consistently showed a preference for treated common vetch seeds. While laying hens consumed the most seed vetch, pre-fattening pigs consumed the most silage. The highest voluntary intake of common vetch seeds was 13.2 % germinated seeds in broilers, while intake of untreated vetch remained low at 4.6-8.0 % across all trials. The only significant difference in animal performance was final live weight of broilers in trial 1, which was higher when vetches were fed than in the control. In the second feeding trial with broilers, up to 12.5 % untreated common vetch seeds could be included into the pelleted feed without negative effects.

Based on our findings, the use of common vetch seeds in organic diets for monogastric farm animals can be recommended at moderate dietary proportions. Germination or ensiling prior to feeding resulted in interesting changes in digestibility and levels of antinutritional factors, but the low voluntary intake does not seem to be justify the effort.