How can the proposals of the Livestock Competence Network be transferred into practical farming? 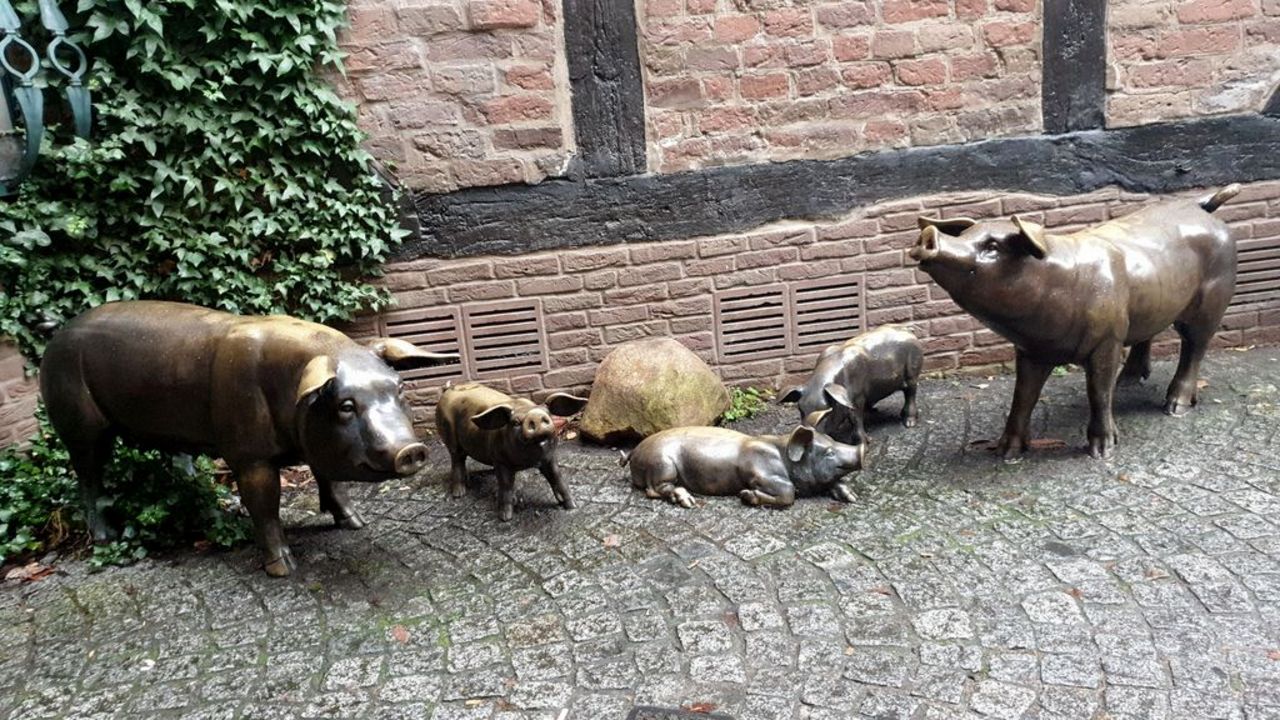 The Thünen Institute presented a policy impact assessment study on these proposals in May 2021. Due to the short time available to produce the study and the limited data availability, only a rough estimate could be made. For stages 2 and 3 of the KNW proposals, "only" new stable buildings could be calculated. In practice, however, there will be a mix of conversion and extension of existing stables as well as new buildings.

The project will investigate how and in which steps the long-term conversion of pig production can work in practice when implementing stages 2 and 3. Due to the scope and complexity of the issues, this will initially be done for one specialised sow farm and one specialised fattening farm.

We address the following questions:

- What are the possibilities in the practical implementation of the KNW poposals?

- Where are the challenges and problems?

- What are the effects of the implementation measures on farm structures?

- What are the economic effects of implementing the animal welfare levels?

Status quo survey of data and performance of the sow farm and the fattening farm.

The data collection of the reference situation is done using the methods and model infrastructure (TIPI-CAL) of the agri benchmark pig network.

Subsequently, we calculate 2 scenarios: on the one hand, conversion to level 2 (scenario A), on the other hand, conversion to level 3 (scenario B). For this, the definition, specification and quantification of the measures for the selected farms is carried out in close consultation with practitioners. For the conversion measures specified in this way, quotations are obtained from barn construction companies. This makes it possible to determine the investment costs. Further aspects concern possible changes in livestock inventories, performance parameters and variable costs as well as labour management. All this information makes it possible to show the changes on the long-term profitability and the necessary additional revenue to compensate for the additional costs.

The main question of this work is how the suggestions for higher levels of animal welfare, established by network for production animals (Kompetenznetzwerk Nutztierhaltung) effects pig farms in Germany. What possibilities are there to realise them and what problems will appear while implement them? As well as how the transformation of the farms effects their economic results.

Subsequently to the policy impact assessment which is established by the Thünen Institute this work takes a close look on two specific pig farms to verify the results. One farm with sow keeping and growing pigs up to 25 kg and a finishing farm. There is a closer view on the suggestions and the laws that have an impact on the transformation in keeping the pigs and requirements on the building. Both farms are presented. The economic performance in the business year 2019/2020 is recorded with the TIPICAL-TOOL by the Thünen Institute for both farms. For both farms there is a scenario planned for the transformation in level 2 of animal keeping and a scenario in level 3, which are suggested by the network. Those are planned for the changes in the facilities and the upcoming invest for the buildings, more labour hours and costs for the additional space and work for beddings. As well as newly used operating resources. The plans are discussed if there are possibilities and what effect they have on the work and economy of the farms. On those specific farms a transformation in both levels is possible, but this cannot be taken as a statement for every german piggery.

Costs for buildings and facilities have been requested by cooperating companies and are calculated in another tool that is provided by the Thünen Institute. This tool showed the impact on the economy of the transformation in each level for both farms. On both farms is high investment to recreate the buildings and a huge increase of labour costs. This effects that the production of piglets at the sow keeping farm increases by 21,37 € in level 1 and by 33,86 € in level 2 by every pig. For the finishing the costs increase by 31 € in level 2 and by 55 € in Level 3 per slaughtered pig. This increase is higher than the Thünen Institute calculated.

In conclusion of the work there is the thesis that the transformation is only possible with financial support by the German government to get a transformation of the animal welfare all over the business sector. This is necessary to manage the amount of investment and costs that are upcoming to the farms.