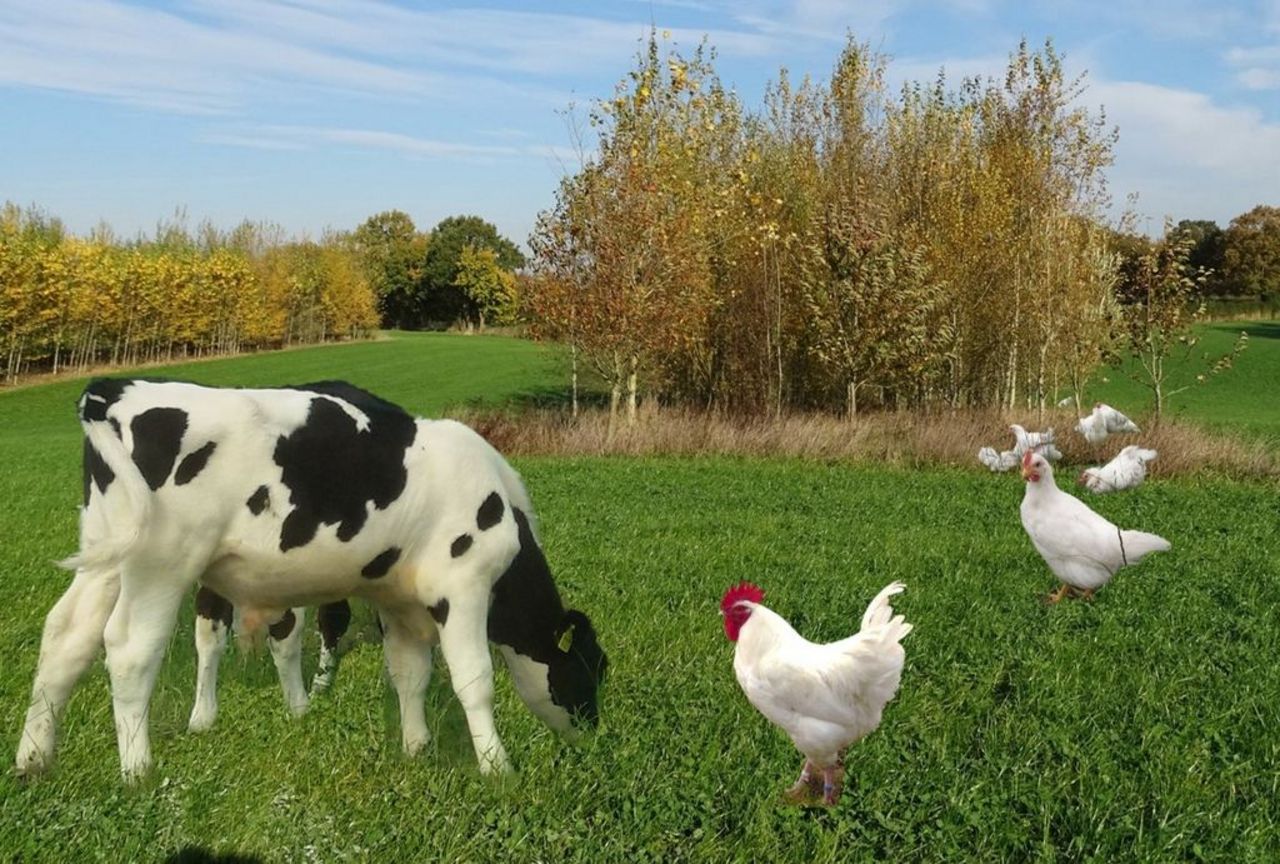 In this project we are going to study the potential benefits and challenges in keeping slow growing male chickens from laying breeds and male calves from dairy breeds together in a short-rotation coppice.

The culling of male chicks from laying breeds directly after hatch has raised much public concern, which ultimately led to the ban of this practice in Germany from 2022 on. However, these breeds were developed with a sole focus on females, so rearing and fattening the male animals remains costly due to their low weight gains. From 2022 on, male chicks will have to be either raised or discarded at a very early stage – after in ovo detection. We decided to also include male dairy calves into our search for new concepts of how to include those animals into a production system that is sustainable both economically and in terms of animal welfare.

Short-rotation coppices (SRC) can be an economically viable wood production system but still offer further synergy effects in the context of silvopastoral production systems. It is common knowledge that with fast-growing trees, e.g. poplar, one can create a seminatural habitat for poultry. Such SRCs can provide an interesting range for poultry to search for feed, as well as offer a more pleasant microclimate and protection against predatory birds. Combining this with the aforementioned male chickens can increase the land use efficiency of those birds with presumably low economic value. Still, it is not known how those systems perform in the long run with already existing short-rotation coppices.

Our goal is to explore a silvopastoral system which allows the rearing of male animals with no losses to the forest component but remains a viable investment because of its synergy effects. We want to find out if the integration of male chicks into the stripes of poplar SRCs and the combination with male calves affects losses of male chickens due to predators and the range behavior of the chickens. We are going to focus on poplar tree plantations after their first harvest.