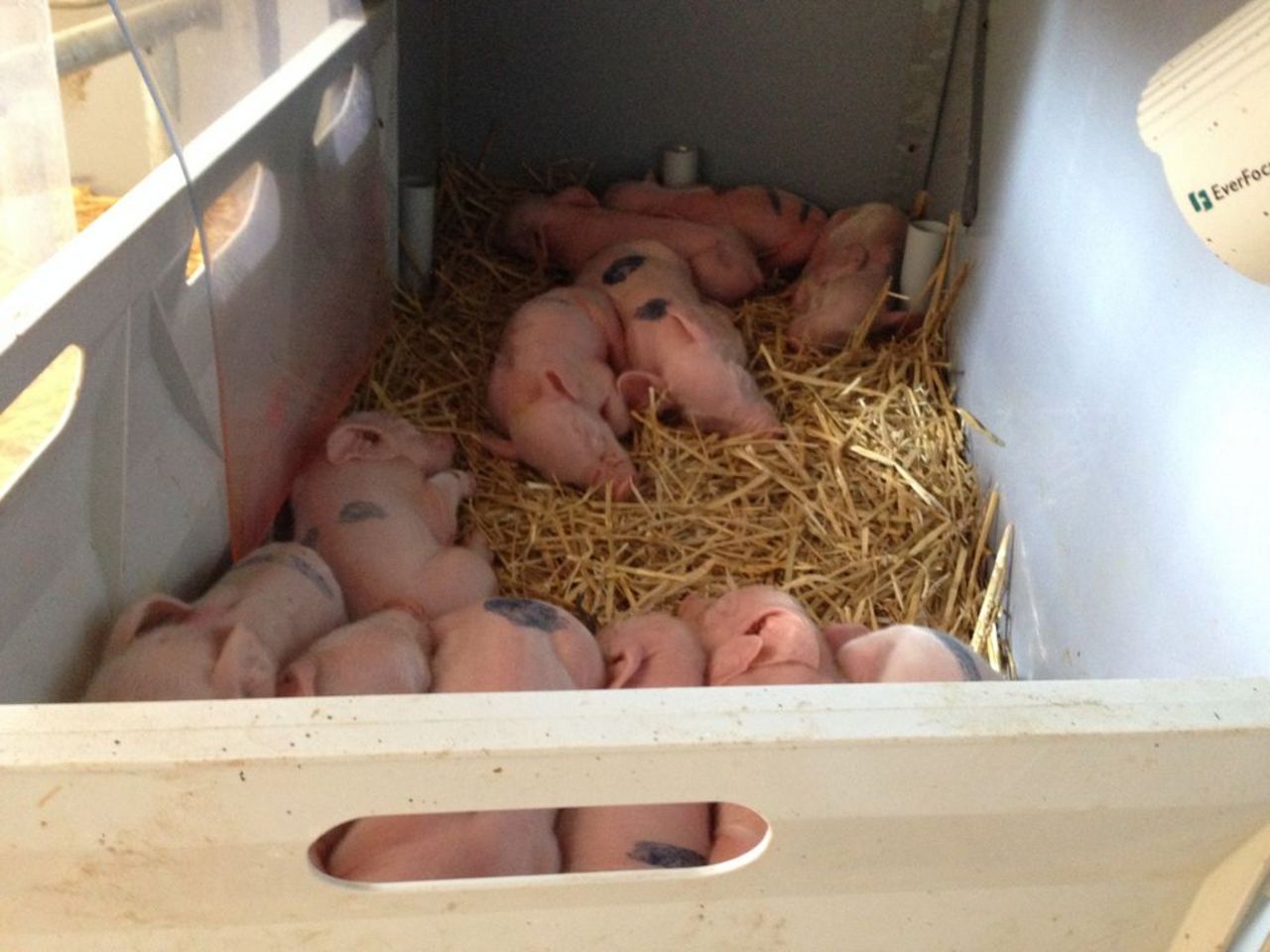 Organic pig husbandry aims at a high animal welfare standard, part of which is a low level of piglet losses. Ensuring that piglets are kept warm after farrowing, and protecting them against being crushed by the sow are measures to improve piglet survival. Both warmth and protection can be achieved by a well designed and frequently used piglet nest.

In organic pig husbandry, sows and piglets are kept in free farrowing pens, allowing them to move freely during farrowing and lactation. The piglet nest is a microclimate zone with higher temperature than the rest of the pen, because piglets have a higher need for warmth than the sow. Therefore the piglet nest protects the piglets against hypothermia, which is associated with piglet losses.  Also, piglets resting in the piglet nest are protected against being crushed by the sow.

The aim of this study is to identify conditions under which the piglet nest is most used. Measures of design and management should increase the use of piglet creep area to reduce piglet losses in the first days after farrowing.

The experiment took place at the eco-certified research farm of the Thünen Institute of Organic Farming at Trenthorst-Wulmenau, between 2018 and 2020. Eight different combinations of measures were compared with regard to behavior, biological performance, health status and animal losses. Four different designs of a piglet nest (underfloor heating vs. overhead heating as well as with vs. without lighting) and 2 different management measures (confinement of piglets in piglet nest during the first feeding times of the sow vs. no confinement) were combined and compared.

All litters will be video recorded during the first 72 h after farrowing to determine the number of piglets within in the piglet nest as well as the resting areas and resting times of piglets. In addition general performance parameters of each animal and economic indicators of the different measure combinations will be recorded.

The recorded data should allow conclusions whether there are differences in behavior, growth and losses of piglets due to heat source, lighting or confinement in piglet nest and whether there are interactions between these measures.

In addition to the experiment on station, several organic farms will be visited in order to document the status quo of piglet nests on German farms. The design of farrowing pens with focus on piglet nest, the management and the labor input will be inquired on-farm. The survey should identify a possible correlation between design of piglet nest and piglet losses as well as further need for research.

We found that neither the position of the heat source nor the lighting of the nest had any effect on piglet nest use. However, repeated short-term confinement of the piglets to the nest resulted in considerably higher nest use. Although this had no influence on piglet losses during the first three days of life in our project, the considerable positive effect on nest use would warrant further investigations in the future.