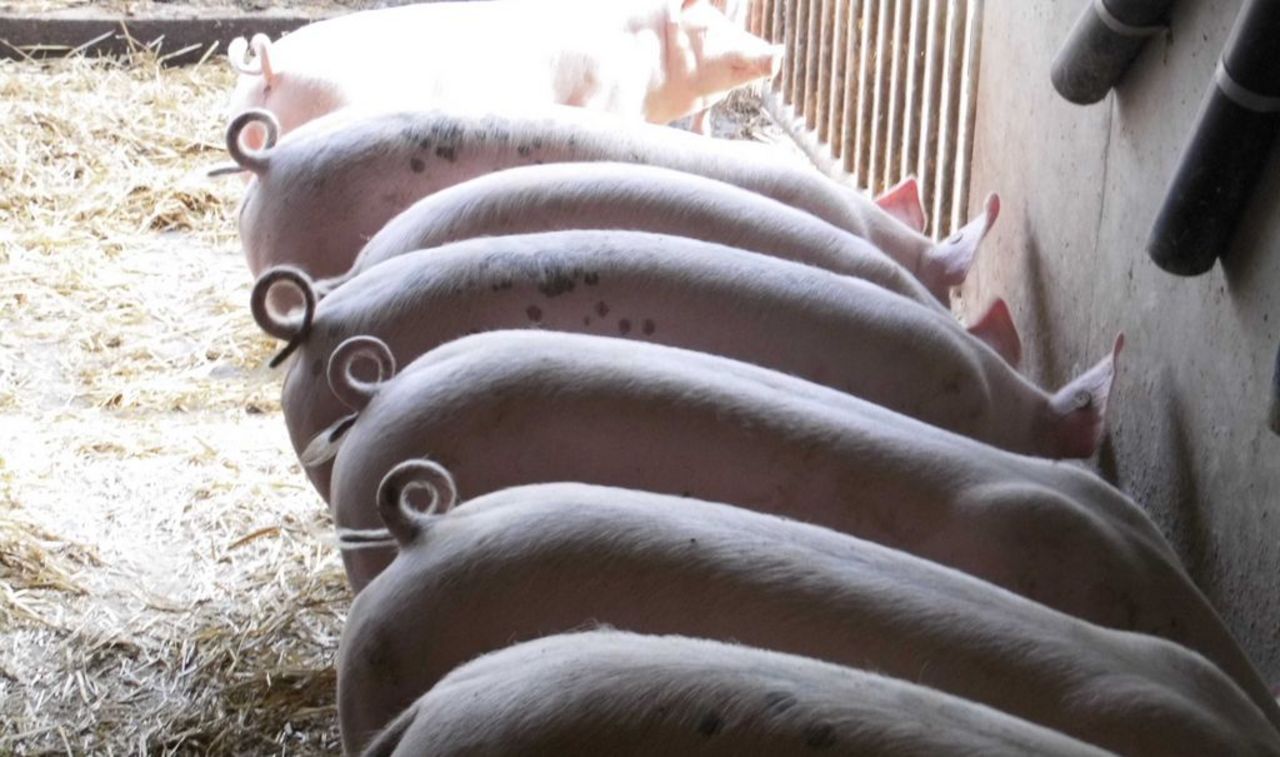 Selected measures for more animal welfare and their economic consequences on animal performance, productivity and profitability of the sow and finishing enterprises in Germany are investigated. On the basis of this, it will be analysed to what extent these measures will change the international competitiveness of pig production.

Livestock farming in Germany is under increasing pressure. In its report on livestock husbandry in Germany, the Scientific Advisory Board for Agricultural Policy (WBA) assumes that "the current housing conditions of a large number of livestock are not sustainable against the background of social change and new scientific evaluation approaches" (Scientific Advisory Board on Agricultural Policy at the BMEL, 2015 p. 1). Animal welfare is one of the determining themes for the future orientation of livestock farms. For the decision-makers in pig enterprises it is currently unclear where exactly the way forward and how the challenges can be overcome. On the one hand, a large number of farmers are basically willing to implement animal welfare improvements in their farms. On the other hand, there is a feeling of uncertainty as to the level of individual farm economic impacts, and there is concern on the part of the farmers/branch representatives about the impact of welfare measures on international competitiveness. Politicians or the (agricultural) economy repeatedly demand economic impact assessments (QS, 2016), while at the same time the few existing and, moreover, mostly incomplete analyses are introduced into the political discourse on the feasibility, selection and implementation of measures.

The aim of the project is to determine and compare the economic effects of selected animal welfare measures for regional typical pig farms in Germany. At least the following measures should be examined: More space, alternatives to piglet castration without anaesthesia and the renunciation of tail docking in piglet production as well as group housing in the breeding centre and when sows are farrowing . Other measures are added as needed and relevant.
Depending on the framework conditions and possible access to the markets, the practical alternatives for the factor use, the production orientation and the marketing strategies of the companies differ. In addition, the value-added chain of pig production within Germany, the EU and globally is characterized by the trade of different products (raw materials, intermediate and end products), which can be affected differently by different animal welfare standards with regard to their costs and revenues. In the last part of the thesis, therefore, the question of how different animal welfare standards affect pork cut specific trade and its structures, how these influences are to be analysed and whether interstate technology diffusion through market development or political intervention can also occur under the consideration of animal welfare as "technology".

Data from so-called "typical farms" of the international agri benchmark pig network are used to analyse the effects of animal welfare measures. This data concept of the enterprises describes regionally representative enterprises, which are collected, brought together and plausibilized by experts from several real enterprises. This illustrates the typical economic situation of a business type in a region. For the calculations, all changes and effects on the existing production process are to be identified, specified, quantified and the economic effects analysed in cooperation with practitioners (cf. Verhaagh & Deblitz, 2016). The evaluation of business key figures is based on the TIPI-CAL model. This makes it possible to analyse and forecast the "typical farms" and allows for a full operational cost calculation, so that the effects of animal welfare measures on the entire farm can be forecast.
The analysis of trade structures and competitiveness in the international context will be carried out using appropriate methods. The focus will be on the intrasectoral comparison (benchmarking) between farms in one production line using the above-mentioned animal welfare measures from the various countries. To this end, the results of the individual farm analyses are used and analysed in conjunction with other macroeconomic data (import and export, consumption and processing). In the case of trade structures, attention should be paid to a pork cut specific analysis in order to be able to deduce changes in trade and competitiveness from changes in production efficiency due to increases in animal welfare.

The agri benchmark Pig Report 2017 compares the typical regional farms of many countries and provides an insight into the productivity and profitability of pig production in 2016, showing the current position of the German competitiveness of piglet production and pig finishing:
The performance of German sow enterprises is at a relatively high level with regard to the number and total weight of piglets reared. This also applies in comparison with the competitors from Denmark and the Netherlands. With the exception of the top farm with a very cost-effective forage basis, the full cost of sow management in the German enterprises surveyed tended to be at a healthier position than their competitors. In 2016, the profitability of piglet production in German farms was at a similar (Netherlands) or slightly lower (Denmark) level in 2016. The enterprises in Vietnam, China and Russia have the highest profitability. The lowest profitability was achieved in France, Spain, Canada and South Africa. The main reason for these developments was the different development of piglet prices.
A similar look at the results of pig fattening shows that I find the German farms in the middle of the field with regard to daily increases and feed conversion. The factories in Denmark, the Netherlands and Canada show higher daily increases. However, these farms also fatten to lower final weights. The total cost of pig fattening in the German farms surveyed is equal to or slightly higher than that of their European competitors of comparable size. Compared to the direct competitors Denmark and the Netherlands, the situation tends to be better than in the sow sector. The integrated operators in Spain have significant cost advantages over their German counterparts. By contrast, the costs in China and Vietnam are significantly higher, which partly explains the increase in Chinese imports. The Russian and South African companies are at a cost level comparable to that of Germany.
The first example of the implementation of more animal welfare protection, the renunciation of piglet castration withou anaesthesia as a first example, shows a complex intervention in the existing production structure and has both production-technical and economical effects. Scenarios of boar finishing, vaccination against boar taint (immunocastration) and surgical castration using general anaesthesia with isoflurane or injection were investigated.
The piglets do not need to be castrated for the boar finishing and the vaccination against boar taint. The lack of castration leads to lower costs due to savings in working time and an improvement in efficiency compared to the initial situation. Both anaesthesia by inhalation and injection lead to significantly increased costs in piglet production due to the use of veterinarians, medical accessories and a higher workload. As a result, the companies are in the red. The decrease in imputed profits is between EUR 10.71 and EUR 12.21 per 100 kg live weight between the scenarios and the farms.
The economic effects of the boar finishing period and immunocastration in the pig finishing enterprises show a different picture: The new billing mask for boars  ensures a decline in revenues. The disproportionately high reduction in production costs per 100 kg of carcass weight due to higher boar productivity compensates for the decline in revenue and results in a difference in operating income of between EUR 0.26 and EUR 2.62 per 100 kg CW. Additional investments in feeding technology have only a marginal impact. If the immunocastration is carried out with two vaccinations, the male fattening pigs also have higher daily increases at the beginning of the fattening and can compensate for the costs of the vaccinations. When using 3 vaccinations - for a safer treatment outcome - the operating result slightly deteriorates compared to the reference situation. However, the marketing potential for the alternatives boar fattening and immunocastration is questionable and there may be acceptance problems with consumers due to the smell of boar taint or the use of the vaccine.