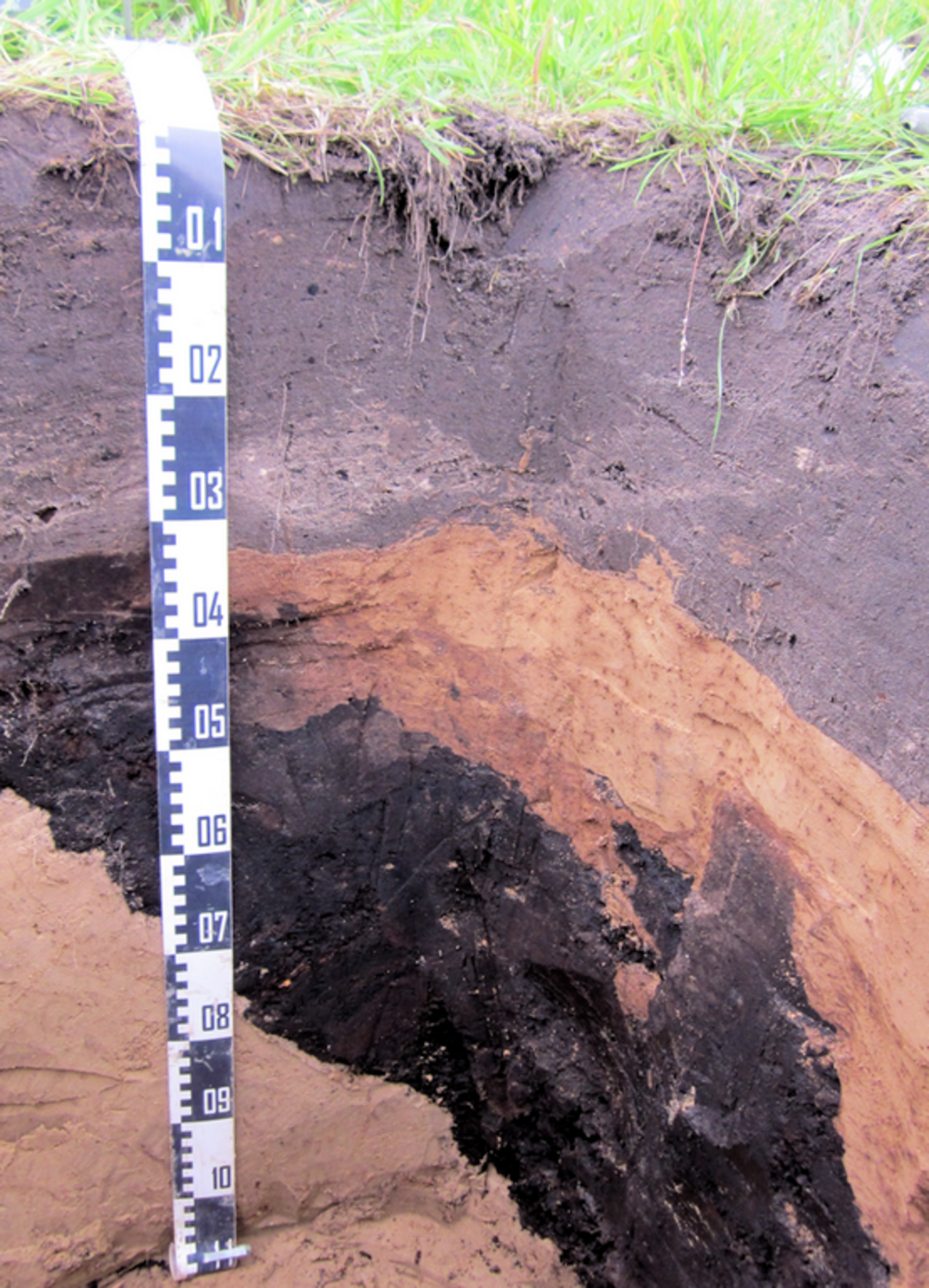 How does deep ploughing of peatlands influence carbon stocks and carbon cycling?

To improve hydrological conditions and bearing capacity, peatlands have been converted to so-called “German sand mixing cultures” or “deep-ploughing sand cover cultures” in the 20th century. After deep-ploughing into the underlying sand, the topsoil was homogenized or additionally amended with mineral soil. Thus, deep-ploughing resulted in the typical inclined stripes of peat and mineral soil. Though sand mixing cultures have lower stocks of soil organic carbon (SOC) than peatland soil which have not been ploughed, the SOC stocks are clearly higher than in mineral soils under cropland. As sand mixing cultures are mainly used as croplands and always artificially drained, the peat-derived organic matter might be threatened by mineralisation.

The improvement of the hydrological conditions for agriculture results from the sand stripes, which have a drainage effect due to their high hydraulic conductivity. It is frequently assumed that the soil moisture – a key driver for the emissions of carbon dioxide (CO2) from organic soils – in the peat stripes will remain high and that the organic matter will thus be conserved.

In the case of mineral soils deep-ploughing has been shown to increase SOC stocks in arable land as the organic matter of the former topsoils was stabilized in the subsoil [link]. Traditionally, it has been assumed that the SOC content in the topsoil of deep-ploughed organic soils will equilibrate while the peat in the subsoil will be stabilized. However, usually only the SOC stocks of the topsoils were determined. Repeated inventories of SOC stocks of the complete profile, CO2 flux measurements or detailed monitoring of soil hydrology have not been conducted so far. According to the results of the Agricultural Soil Inventory [link], around 12% of the organic soils in Germany have been deep-ploughed. Thus, these soils are highly relevant especially for Northern Germany, and there are numerous open questions regarding the stability of organic matter within and CO2 emissions from these soils.

The project “SOC-Sand” combines the determination of SOC stocks in the field with incubation experiments and process-based modelling. The determination of the SOC stocks will be done by both profile-based sampling from a soil pit and augering at sites representative for German conditions (both deep-ploughing and references sites).

Besides the age of the deep-ploughed fields, the land use history including drainage measures, both chemical (e.g. peat substrates, nutrient contents, pH-values) and physical (soil hydraulic properties, [link]) peat properties will be determined. Additionally, we will take samples to determine the stability of the organic matter in laboratory experiments.

We will also establish two measurement sites, were soil hydrology will be continuously monitored. These data will be used to calibrate a process-based soil hydrology model. Using soil hydraulic properties determined for all sampling sites, the model will be applied to these sites as well. This is done to assess the impact of soil hydrology on possible differences between deep-ploughed and reference sites, which cannot be determined by singular sampling campaigns alone.