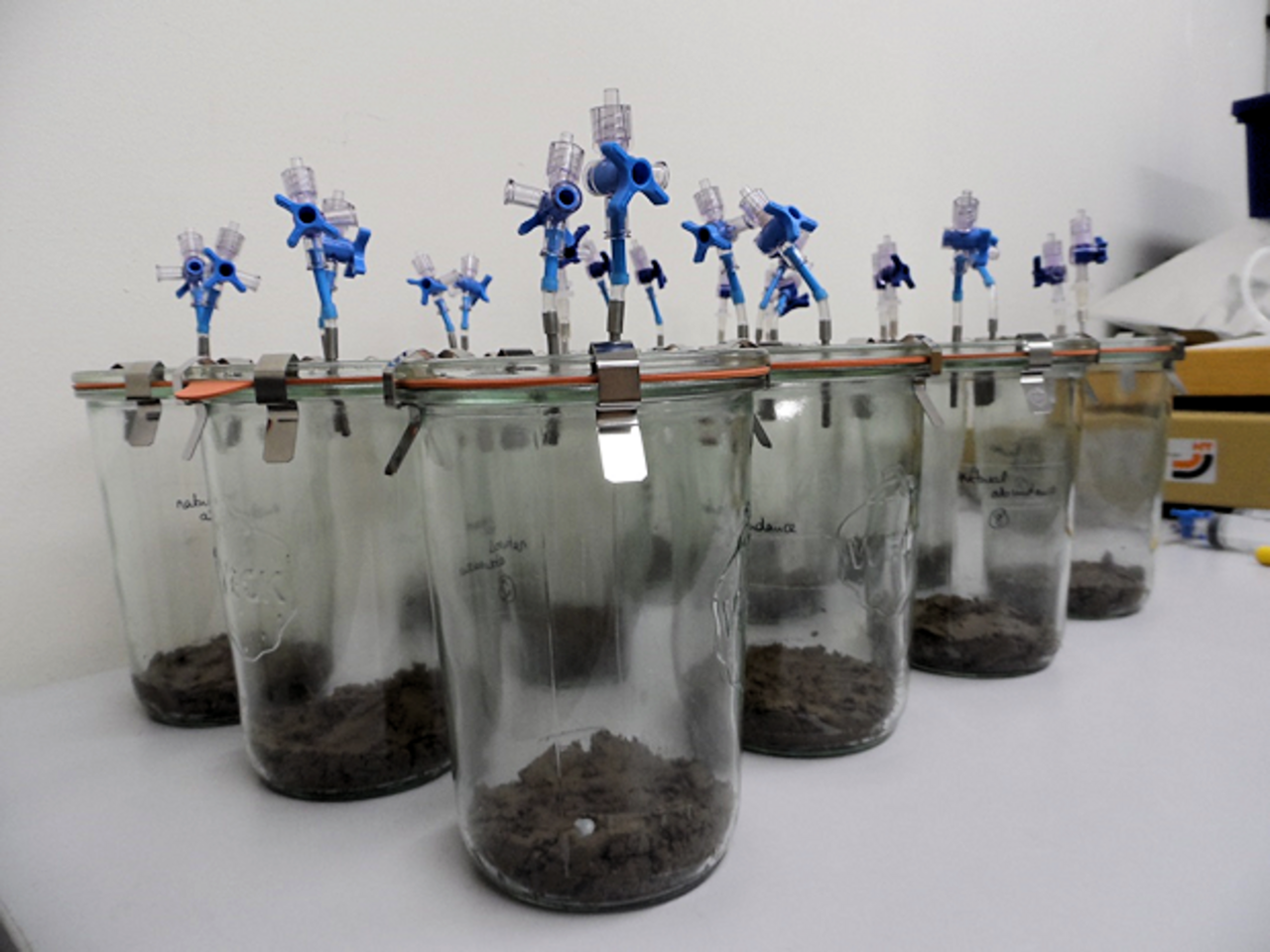 Role of fungal denitrification for N2O fluxes from soils

Fungal N2O production in soil has been investigated using a combination of fungal and bacterial inhibitors (substrate induced respiration inhibition method, SIRIN) and results suggested substantial fungal fractions in most cases. Recently, 15N site preference (SP = difference in 15N abundance of the central and peripheral N positions in the linear N2O molecule) has been proposed to estimate the fraction of fungal N2O using an isotope endmember mixing approach (IEM). This method assumes that SP of emitted N2O results from the fraction of fungal N2O and from the SP endmember signatures of fungal denitrification and of other N2O sources. Both methods are associated with a variety of uncertainties. The need of anaerobic incubation with carbon sources and bias from bacterial N2O reduction affects SIRIN. SP endmembers are based on pure culture data only which have not been checked for their validity for soil communities, which questions the actual outcome of IEM.

The genes encoding nitric oxide reductase of fungi (P450nor) could be suitable molecular markers to analyse the diversity and (relative) abundance of fungi in soil that have the genetic potential to denitrify. Analyses of P450nor gene expression could thus be a suitable tool to validate IEM and SIRIN

The objectives of this project are to evaluate and improve IEM and SIRIN, develop PCR-based methods to analyse P450nor gene expression as a reference approach for IEM and SIRIN and validate IEM, SIRIN and PCR methods by intercomparison. If successful, we will take first steps to investigate the evidence and control of fungal N2O fluxes in soils.

Science, Federal Ministry of Food and Agriculture, associations of agriculture and environmental protection

The work program includes incubations of fungal and bacterial pure cultures to confirm SP endmembers reported in the literature.

Fungal and bacterial communities will be extracted from soils and incubated to obtain SP endmembers of the soil community. Sterilized soils will be inocculated with pure cultures and extracted communities and subsequently incubated to verify constancy or variability of SP endmembers produced by microbial communities under physico-chemical conditions of the soil environment. A PCR-based method will be developed to determine fungal denitrification gene expression (FDGE) based on P450nor as an independent proxy of fungal N2O. SIRIN will be evaluated and optimized to determine SP of fungal and bacterial N2O fluxes of intact soil communities. Finally the three methods will be tested in parallel in order to validate the isotope approach (SP).