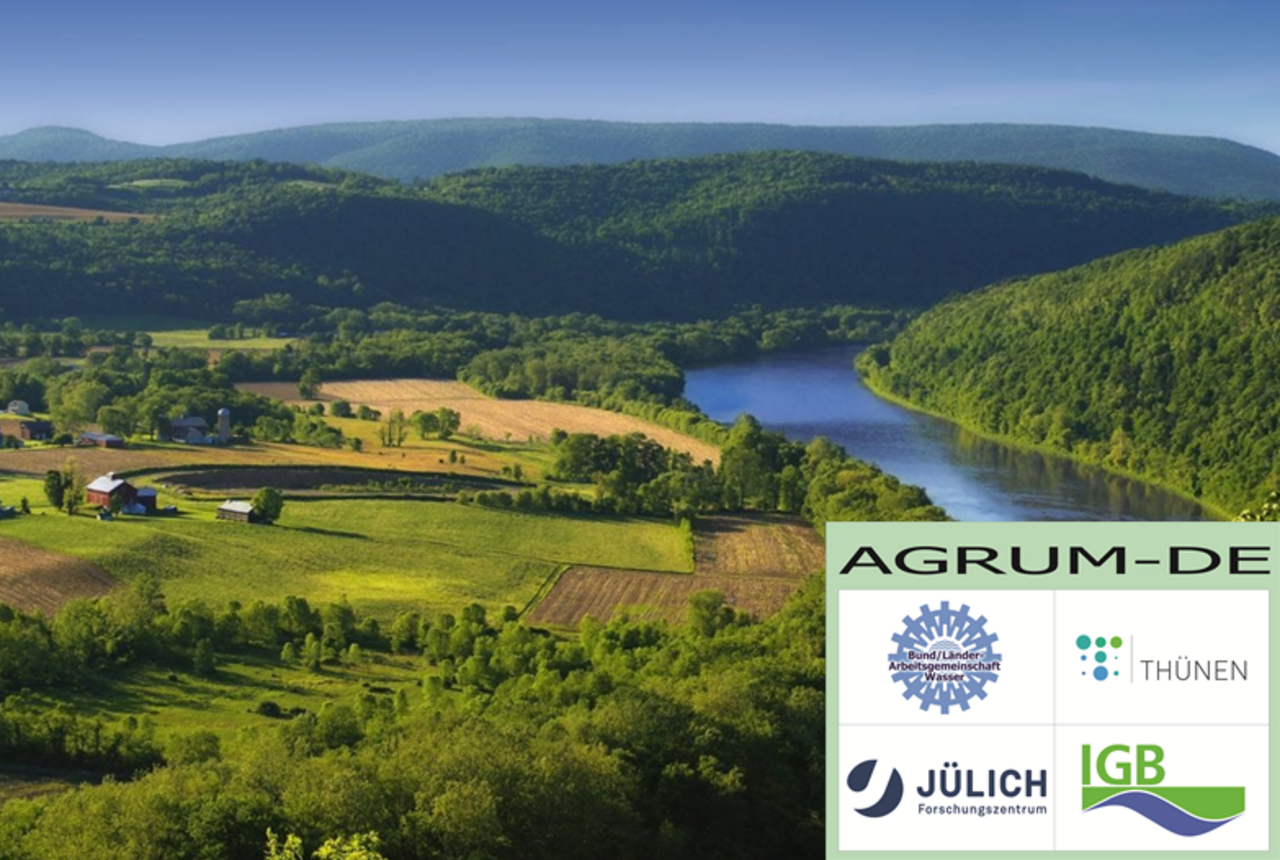 The objectives of the EU- Water Framework Directive have not yet been fully achieved in many regions of Germany. This is due in particular to diffuse nutrient inputs from agriculture. "AGRUM-DE", will therefore create a nationwide, consistent method to monitor nitrogen emissions to water bodies. Based on this, measures for better water quality are derived and their impacts will be assessed.

The extensive use of mineral fertilizers, intensive livestock farming and the simultaneous accumulation of farmyard manure can lead to high agricultural nitrogen surpluses. Soil leaching and direct inputs from the atmosphere pollute both ground and surface waters and the oceans.

According to experts, the state of German waters has improved significantly in recent decades. Nevertheless, further efforts are necessary to ensure the implementation of the EU Nitrates Directive, the EU Water Framework Directive and the EU Marine Strategy Framework Directive.

Currently, integrated and harmonized monitoring of overall nutrient pollution of waters in Germany is lacking. Furthermore, quantitative information on the origin and spatial distribution of nitrogen and phosphorus inputs is necessary to develop effective planning measures. The overall objective of the project is to create a consistent nationwide nutrient model with the participation of agriculture and water management. This enables a) an analysis of all relevant nutrient inputs of German agriculture into ground and surface waters as well as of airborne nitrogen emissions and material flows and b) their spatially differentiated mapping. On this basis, we develop integrated solutions in the form of action scenarios that can be used to achieve national and European environmental policy goals.

The project is divided into the following work packages:

The following agricultural statistical data have been acquired and merged into a data basis:

For the analyses in the project "AGRUM-DE" we develop and apply an interdisciplinary model network consisting of the regionalized agricultural-economic model RAUMIS, the hydrological / hydrogeological models GROWA / WEKU / DENUZ as well as the nutrient emission model MONERIS and the phosphor model ME-Phos.

New data is not collected in the project.

Data and methods in AGRUM-DE:

Other publications about the model network AGRUM and about the single models: