In his keynote address at Harvard Business School in Boston, Christian Hundt presented research findings from the Thünen Institute on the economic development of rural areas in Germany. 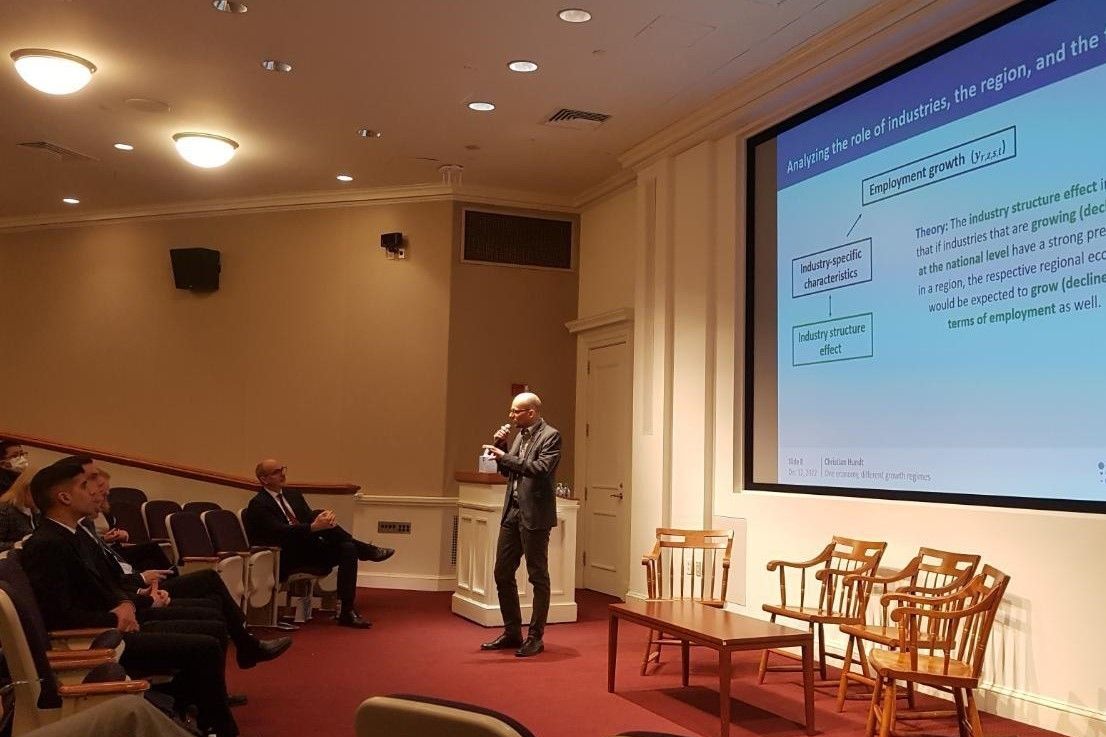 The occasion for Hundt’s keynote was the twentieth anniversary of the international scientific network "Microeconomics of Competitiveness" (MOC), which took place at Harvard Business School in Boston from December 12-14, 2022. Founded and led by Harvard professor Michael Porter, the network includes more than 100 teaching and research institutions worldwide. The network's members conduct research and teach primarily on issues related to the competitiveness of firms, regions, and economies.

In his 40-minute speech, Hundt focused in particular on the economic development of rural areas, pointing to major differences between Western and Eastern Germany. While rural employment growth in the West is often driven by firm- and region-specific practical knowledge and innovative market solutions, price competition and cost advantages play a greater role in Eastern Germany. According to Hundt, a uniform economic policy for both types of regions would therefore not be expedient. Parts of the speech were based on research results* generated in joint work with Anne Margarian (Thünen Institute for Market Analysis).

Following his keynote, Hundt also participated in the panel discussion "How the MOC network can promote high-quality research among its members."