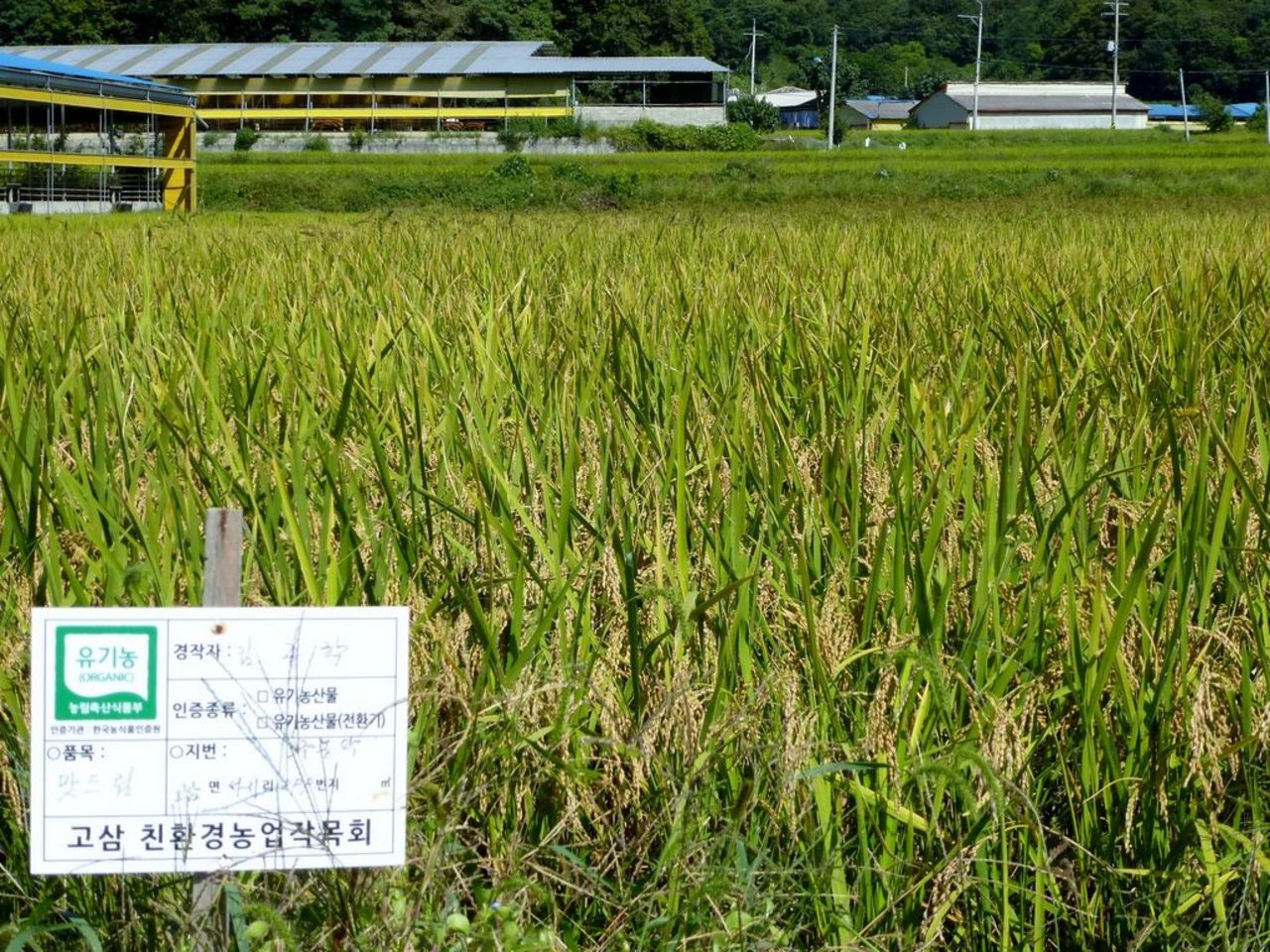 Organic Farming in South Korea has developed positively in recent years. One of the main products is rice, which is cultivated on paddy soils. If organic cultivation were to have advantages compared to conventional cultivation, compensation payments could be made to organic farmers.

What are the environmental effects of paddy rice cultivation in organic farming in South Korea? We analyze this with the life cycle assessment model FARM (Flow Analysis and Resource Management) developed at the Thünen Institute of Organic Farming. The results can be used to derive compensation payments for organic farmers in South Korea. The basis of this cooperation project is an agreement between the National Academy of Agricultural Science (NAAS), the Rural Development Administration of the Republic of Korea (RDA) and the Thünen Institute in Germany.

Our Korean partners first collected data from about 40 land use files of farmers who conduct organic or conventional paddy rice cultivation. We illustrate the materials and energy flows using the FARM model. In a further step, based on material and energy flows, we calculate the product and area-based environmental impact potentials (for example climate impact, eutrophication, eco-toxicity) for the farms.

By comparison of the modeled environmental effects with the actual farm data we can identify best-practice farming techniques for paddy rice cultivation - both for organic and conventional farming - under South Korean conditions. The aim is to achieve the lowest possible environmental effects (CH4 and N2O emissions, nitrate leaching etc.) with a high output (yield). Moreover, we can show how changes in management will affect the environmental effects based on a realistic scenario analysis at the individual farm level.

The calculation of the product related GHG emissions show on average lower results compared to national averages but a high variability between the farms. Key findings are a large uncertainty of results due to the used IPCC method. Secondly, we found a possible bias against organic farming because of the general higher use of organic amendments in organic farming. However, carbon and nitrogen cycles in paddy soils are not taken into account for the calculation of GHG emissions, even though they could be different in the different farming systems.

The calculation of the eco-toxicological impact potential showed, as expected, differences between organic and non-organic farms in order(s) of magnitude in favor of organic farms. However, many of the used substances were not included in the USetox database and potential impacts had to be estimated.