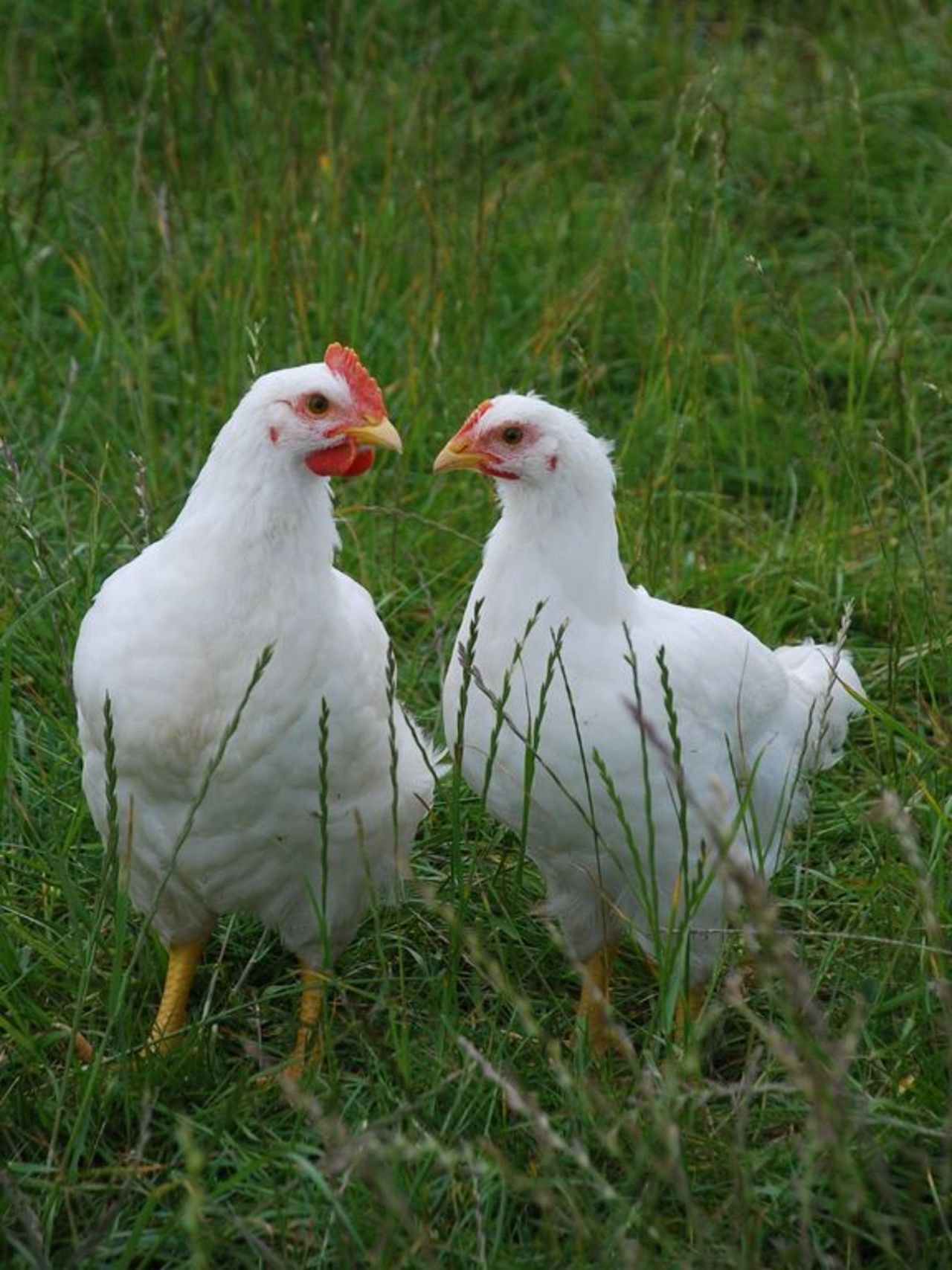 How well do laying hens accept germinated vetch seeds as feed, and how much do they consume?

Because of their positive influence on soil fertility, legumes like peas or common vetch (Vicia sativa L.) are an important component of the crop rotation in organic agriculture. In cultivation trials at the Thünen-Institute of Organic Farming, common vetch cultivated in mixed cropping with oats showed a good yield stability, see project „Peas, lupins and partners in field trials“. The protein-rich common vetch seeds can be used as feed for cattle and other ruminants, but poultry and pigs are sensitive against the anti-nutritive compounds present in the seeds. However, from trials with other grain legumes we know that germinating the grains before feeding decreases the anti-nutritive compounds. Therefore this project focuses on the question if common vetch seeds can be processed into an attractive feedstuff for laying hens by germinating them before feeding.

Common vetches were best accepted when germinated in combination with wheat (50:50). During the last, 7-week long phase of the pilot study, offering this mixture to the experimental group had no influence on total feed intake of the hens. The germinated feed replaced an average of 20 % (dry matter basis) of the usual layer feed, but neither affected laying performance nor live weight of the hens. The lack of negative effects on animal performance highlights the potential of germination as a means to increase the use of vetches in feeding of laying hens, and should be further studied.