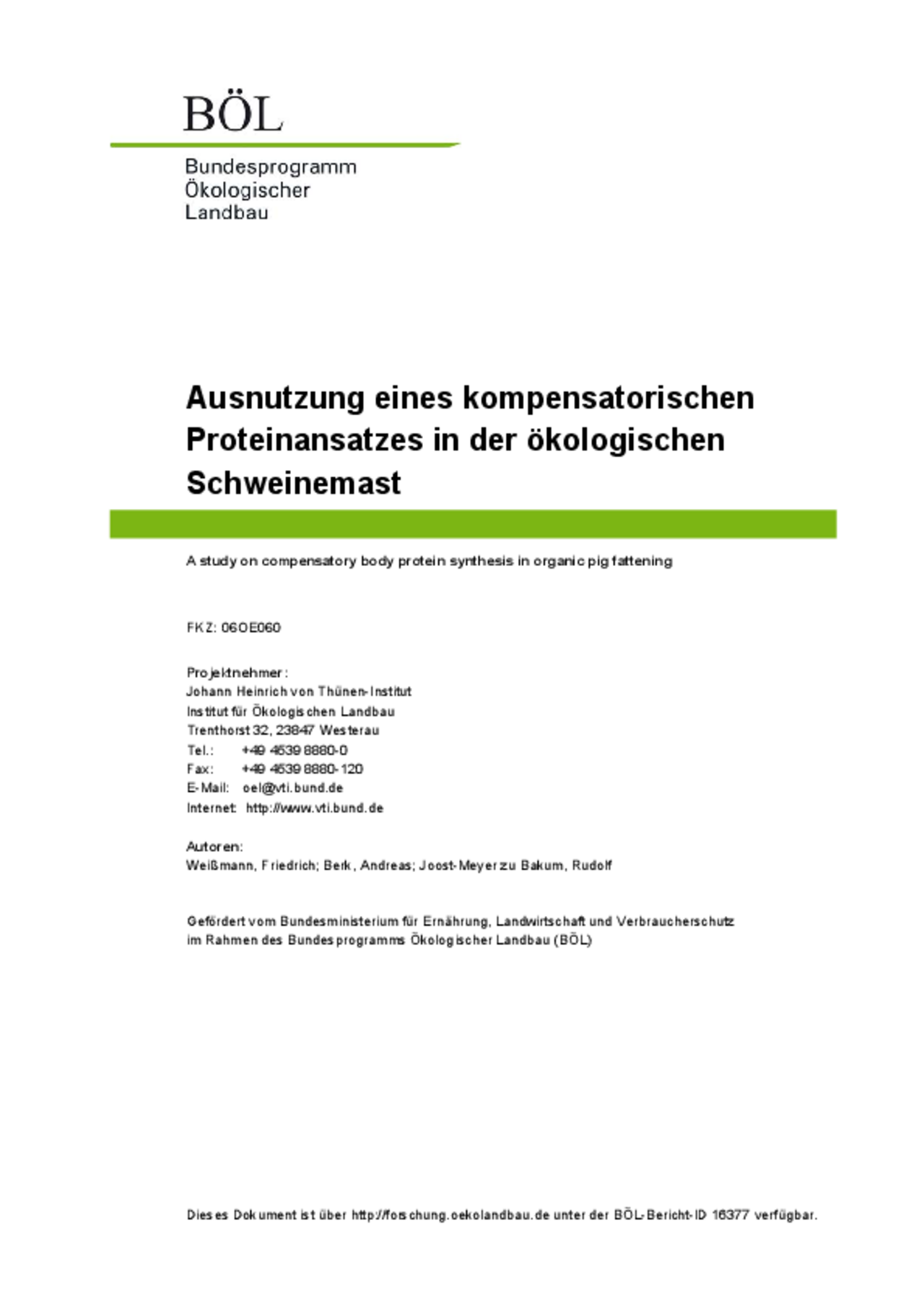 For lack of organic feed with a high quality amino acid pattern (protein gap), there is the danger of impaired value creation in organic pig fattening due to low body protein but high body fat synthesis of organic fattening pigs.

Due to the so-called protein gap it is difficult to achieve the required Lysine-energy-ratio in initial organic pig feeding diets. Therefore, the organic initial feeding period is characterised by a marginal lysine supply resulting in a reduced body protein synthesis.

Against that background the objective of our study was to investigate whether a moderate oversupply of lysine in the final fattening period after a marginal lysine supply in the initial feeding period will result in compensatory protein growth.

N-retention indicated compensatory body protein gain for Group_1 barrows. All groups were similar in meat quality and growth performance for the whole fattening period but Group_1 pigs showed CG for daily weight gain and daily feed intake in the finishing period. Group_1 and Group_2 pigs showed only slightly, non-significant lower lean meat percentages than Group_3 and Group_4 pigs, this is taken to be at least partial CG.

It is concluded that CG mechanisms help to reduce the protein gap in organic pig fattening, facilitating the implementation of 100% organic feeding.