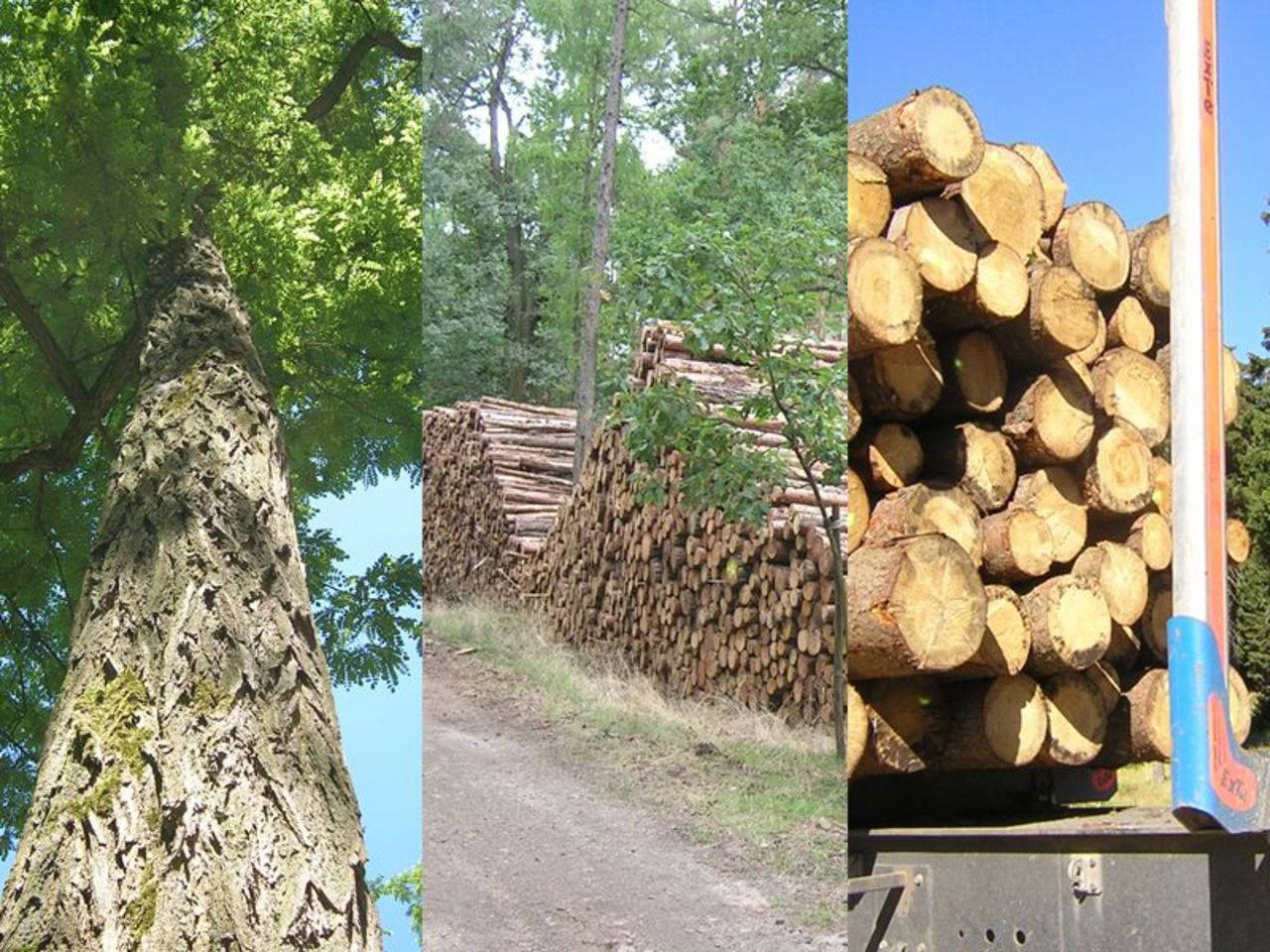 Continuous assessment, evaluation, and suitable preparation of wood market statistics for questions from the BMEL

German forest and timber enterprises are integrated into global forest products markets. This has advantages and disadvantages: On the one hand it enables companies to export their products to other countries. On the other hand competition also increases in domestic markets. The forest and timber policy requires information about the developments on international timber markets and their influence on domestic enterprises.

Despite of global forest losses and policies towards sustainable and legal forestry there is a particular interest in the survey of timber imports from tropical countries. The analysis of global trade and the structure of domestic imports of tropical timber are essential for policy makers. For this reason we are constantly collecting and assessing statistical key data on timber markets.

The bases for our analyses are statistical data on production and trade with wood based products. Depending on the specific question we use appropriate methods and tools.

The foreign trade of the Federal Republic of Germany with wood and wood based products increased continuously since the beginning of the time series in 1950. In the year 2007 imports culminated in 132 million cubic meters (roundwood equivalent) and the export reached a peak of 148 million cubic meters roundwood equivalent (m³(r)). These figures are equal to an economical value of 27 billion Euro and 38 billion Euro respectively. Due to the global recession the values again decreased in 2008 and 2009, but recovered constantly since 2010. In 2014 imports have fully recovered and reached the level of 2007. Exports showed a post-crisis low of 121 million m³(r) or 33 billion Euro respectively. However, recent years showed acontinuous increase up to 137 million m³(r) or 36 billion Euro respectively.

It becomes apparent from long term analysis that the trade surplus of imports has been reduced continuously from in the 1970s until the 2000s. In the year 2002 the balance of trade with wood and wood based products for the first time turned positive in monetary terms and in 2004 in terms of the traded quantities. Since then considerably trade surpluses in export values have been achieved, while again an import surplus can be observed in traded quantities since 2011. In 2016 export surplus of values was about 5.7 billion Euro, while quantities showed an import surplus of 6.6 million m³(r).

The development of the export surplus reflects international competitiveness of the wood based sector in Germany but also its dependence on the world market. In particular the German foreign trade with wood and wood based products largely relies on semi-finished and finished products; especially the share of pulp and paper and paperboard is high. In contrast to this roundwood has only a small share on the total foreign trade.