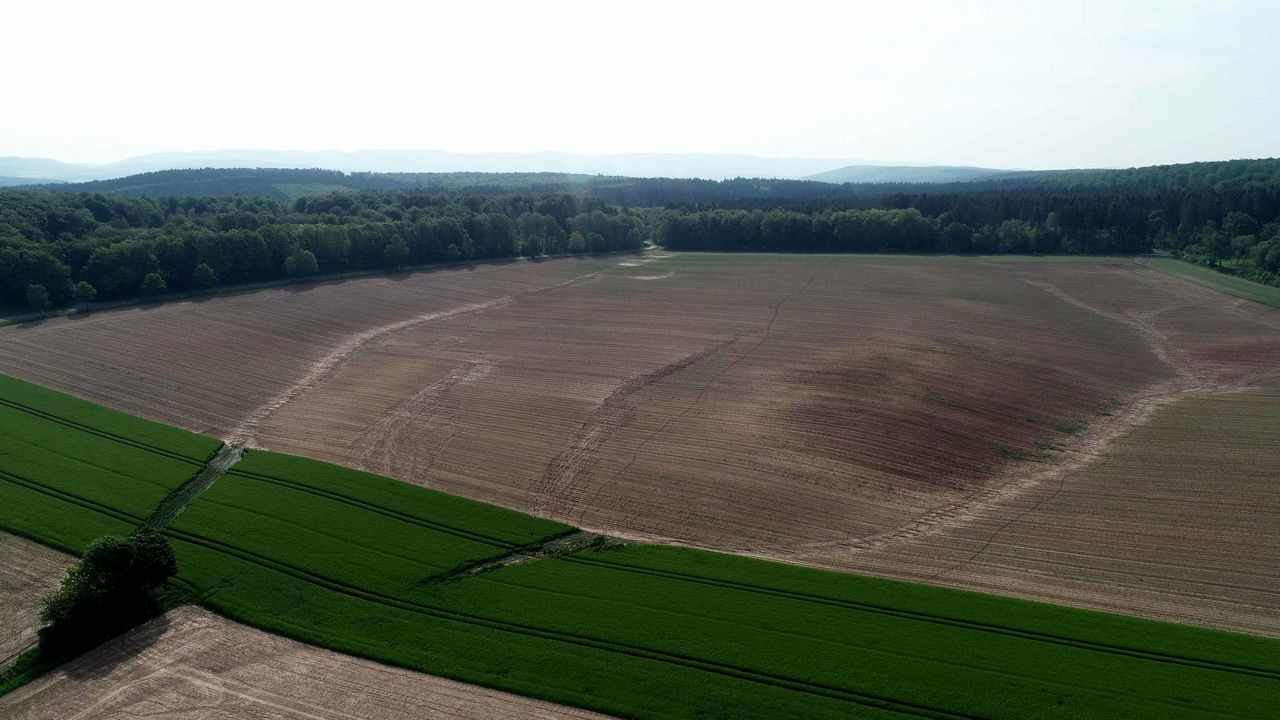 Soil erosion by water is the major threat to agricultural soils in Europe and in the long term threatens yields and food security. The risk of soil erosion varies widely within Germany and depends not only on natural factors but also on the farming practices. For better soil protection, we want to identify erosion hot spots in Germany by predicting the soil erosion risk using models.

The protection of agricultural soils is anchored in the German Federal Soil Protection Act and the EU's common agricultural policy (CAP). These policies focus on the prevention of undesired soil degradation and the long-term preservation of soil function, as well as the sustainable provision of soil-related ecosystem services.

Soil erosion caused by water, wind and tillage permanently degrades soils. Across Europe, damage to agricultural production due to soil erosion by water is estimated at EUR 1.25 billion annually. Accordingly, adapted measures to prevent soil erosion are established in the CAP conditionalities. In addition, intensive advice for farmers and, if relevant, monitoring of soil erosion should be taken into account in areas at high risk.

To identify where agricultural land is particularly at risk of soil erosion, a model-based estimation of soil loss rates is needed.. The risk is determined by the natural conditions and the management. The Universal Soil Loss Equation (USLE), which has been established as a standard in Germany, is usually used for modelling soil erosion risk due to water.

The methods for determining the relevant factors of the USLE are defined. However, there are currently no detailed nationwide harmonised modeling results othat also reflect the management-related risk to arable land at a sufficiently detailed level (parcel level).

This can basically be explained by the lack of deteiled spatio-temporal information on cultivated arable crops and cultivation methods for whole Germany. These datasets are generated at the Thünen Institute in close cooperation with the AG Thünen Earth Observation (ThEO) on the basis of earth observation data and are thus also available for determining the erosion risk.

The aim of this project is therefore the development of a nationwide harmonised methodology for spatially high-resolution modelling of soil erosion risk by water to identify HotSpots of erosion risk, considering current spatio-temporal data on crops and management practices.

In addition, this flexible model system will make it possible to map and evaluate the effects of future climatic conditions and various management scenarios on soil erosion risk.

Within the project, a harmonised and scenario-capable soil erosion model system based on the USLE is being developed which can be used to determine the land-use-dependent soil erosion risk for each arable parcel in Germany. In addition to the soil erosion risk due to water, the modelling system also takes into account the connectivity of arable land to water bodies and, by spatially aggregating the results, enables the identification of regional HotSpots of soil erosion risk in Germany.

The modelling of soil erosion by water requires diverse spatially-explicit data. The Universal Soil Loss Equation (USLE) is used as the basic modelling system. Digital elevation models, data on rainfall intensity, freely and openly provided by the DWD, information on the erodibility of the topsoil derived from soil maps, parcel geometries as well as information on cultivated crops and soil management methods are used to determine the individual factors regulating soil erosion.

Data on cultivated crops and soil management methods are extracted from the Thünen-Agraratlas as well as remote sensing data and products derived from them (Crop type maps).