Common Agricultural Policy from the rural point of view: the CAPRI-RD model 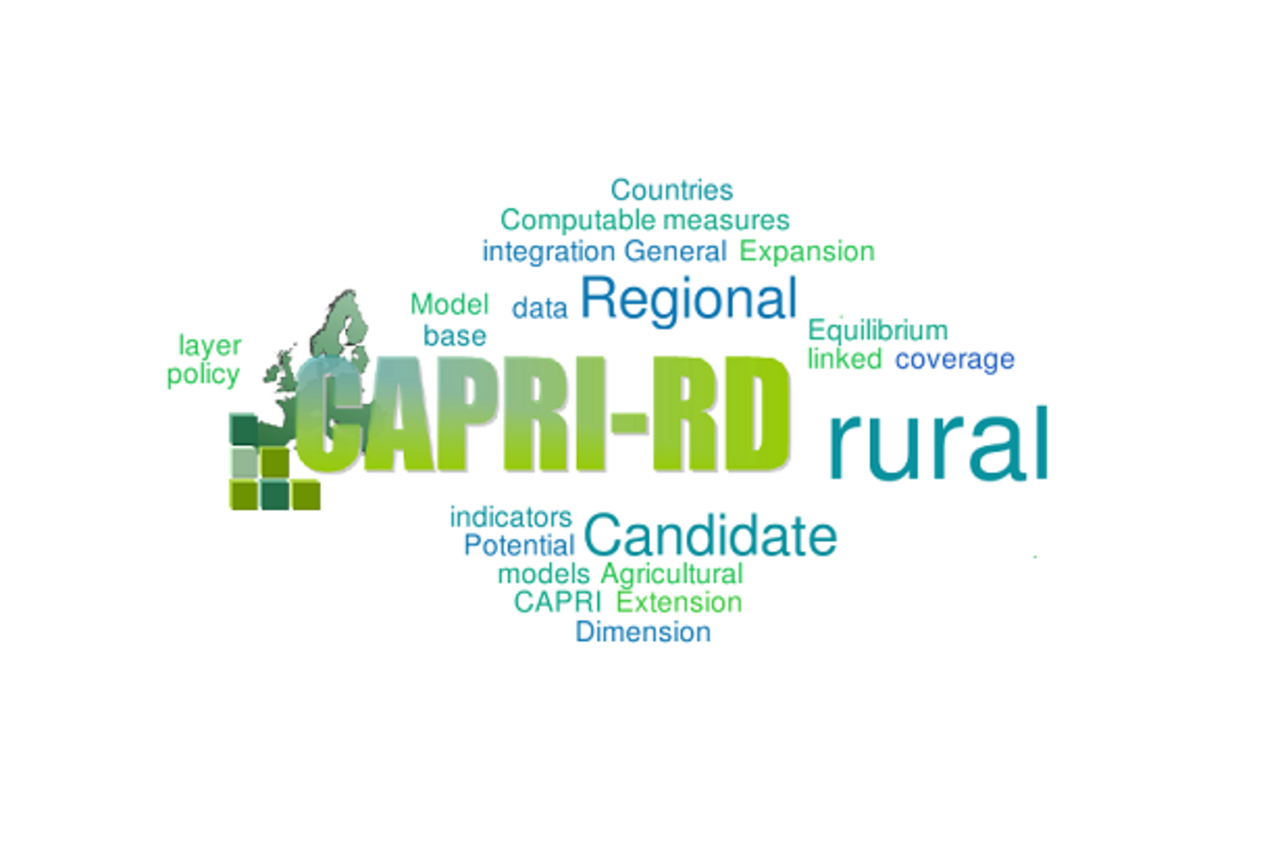 Policy measures to promote rural areas like village renewal or promotion of young farmers do not only impact agricultural holdings but also other economic sectors, e.g. tourism, food processing or education. For responsible handling of tax payers’ money, it is important to know if the policy measure is adequately targeted. It is especially challenging to consider the interactions between the different economic sectors, merely because of the great number of different funding programs. The aim of this project is to solve this task and to quantify the impacts of promoting the rural areas.

In Europe, the design of the policy for the agricultural and rural development, named "Common Agricultural Policy" (CAP), is jointly decided. The expenditures in 2013 were 57 Billion Euro, which is more than 40 percent of the total EU Budget. The CAP exists already since 1962 and was continuously adjusted since then. This included the implementation of a comprehensive catalogue of measures for promoting rural areas in the year 2000, also known as second Pillar of the CAP. The allocated budget for this was increased with the following agricultural reforms. Policy measures of the second Pillar are divers, in Germany in the last programming period for example, 26 different measures were offered. They differ from the conventional agricultural policy measures - like direct payments, price support or tariff protection – by affecting not only agricultural holdings but also other economic sectors in rural areas. The aim of the CAPRI-RD project is to make the modeling system "Common Agricultural Policy Regionalised Impact Modelling System" (CAPRI) fit for assessing these impacts and their interactions. In detail this means displaying the economic sectors in CAPRI through enhancing the model by regional equilibrium models, also known as Computable General Equilibrium (CGE) models.

To achieve the project target, the modeling system CAPRI was enhanced by the following aspects:

For the model enhancement with CGEs we used national "Social Accounting Matrices" (SAM) and aggregated regional databases for different aspects (statistics on employment, gross domestic products of the different sectors, agricultural statistics and regional "Input-Output"-tables). When they were not observed at regional level, we estimated them using appropriate methods (Ferrari et al., 2010; Kuhar et al., 2009). We built a regionally differentiated pan-European database on payments for policy measures promoting rural development. This is used to display the data distribution and to simulate policy changes. To validate the model, we carried out a simulation with the developed CAPRI-RD model and compared the results with the ex-post evaluation reports of Germany for the programming period 2000 until 2006 and with results from an extensive literature review. Additionally, we conducted expert interviews.

The project work showed that the integration of regional CGEs into to mathematical programming model CAPRI and the link with the developed database on second Pillar payments was successful. The Thünen-researchers found further that already with the current CAPRI model the data required to implement a big number of CMEF “baseline indicators” is available. For more indicators the required data sources were identified. The validation of the model results regarding the impact of second Pillar funding for the example of Germany for the programming period 2000-2006 showed that the direction of the effects assumed in the model was confirmed by the literature and the evaluation experts in this field. Also that the impact of the second Pillar funding on the economic development of rural areas is rather small. We found further that the modeling of individual measures can be improved. A significant difference of the results gained with CAPRI-RD is that the model can quantify the joint effect of the whole economy and policy measures, even if contrary effects exist. For example, the model results show that due to the second Pillar payments, the GHG emissions and nutrient surpluses per ha slightly decreased and the land use increased. These two effects were confirmed by the evaluation experts and other studies, although they did not conclude that this leads to an overall negative environmental impact.