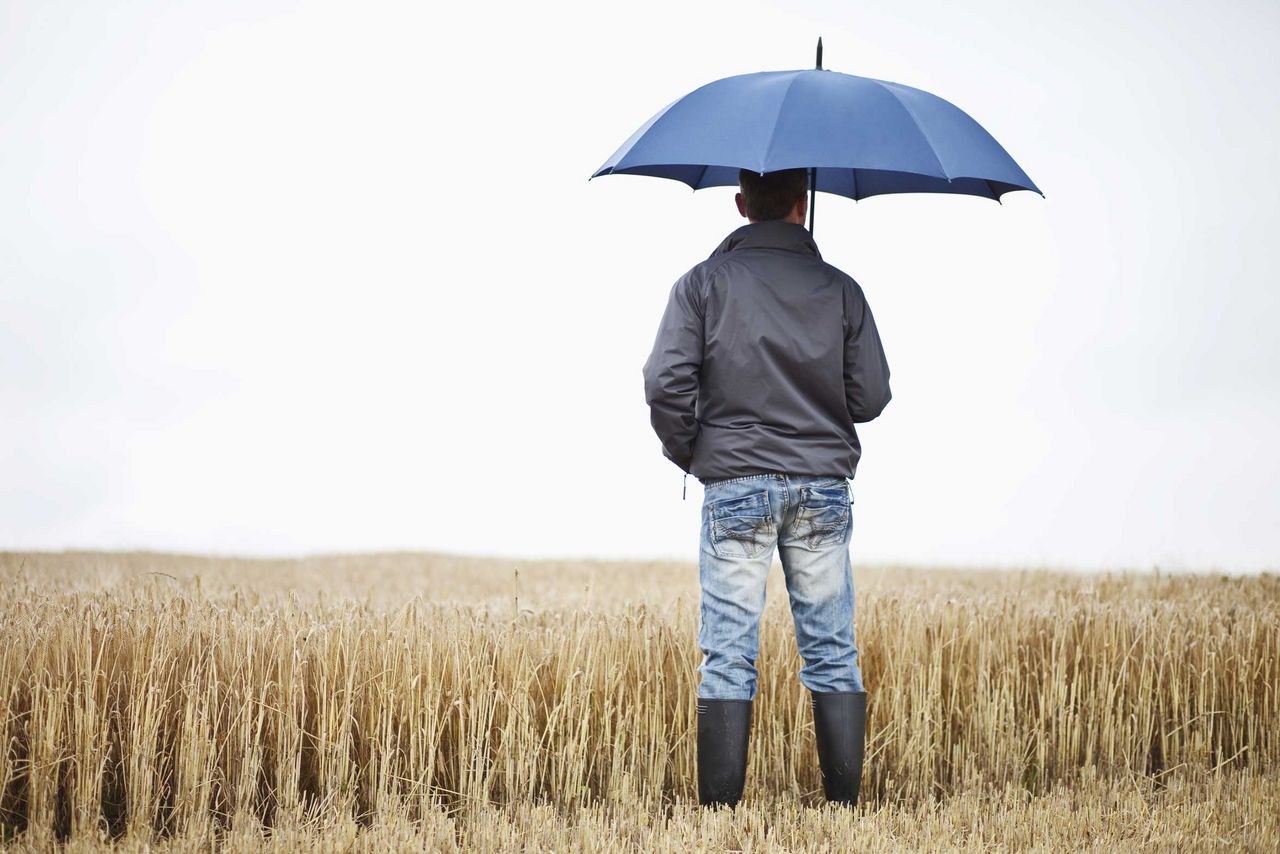 Both climate change and increasing liberalisation of EU agricultural policy involve the danger of increasing volatility and economic risk at the farm level.

Therefore we analyse if and how agricultural policies can improve and support farm risk management.

The project aims to

For this purpose, a concept which is capable to illustrate and analyse volatility will be developed and implemented in existing economic models. This enables quantitative cost-benefit analysis of different risk management instruments and selected governance options.

The results on risk exposure show that the income risk has slightly increased in the period 2007 to 2016 compared to the period 1997 to 2006. At the same time, there are significant differences between farms, which can be explained partly by the farm type. For example, the income risk is relatively high for pig & poultry farms and relatively low for dairy farms. It is striking that for dairy farms income fluctuations have increased relatively sharply between 2007 and 2016 (albeit at a relatively low level). With regard to the analysis of price and yield fluctuations, it is striking that price fluctuations, especially in the period from 2007 onwards, generally had a much greater effect on income risk than yield fluctuations. Even though price and yield fluctuations are key drivers of income risk, extreme price and yield declines cause an extreme drop in income in only half of the cases. Our data show that an extreme drop in income does not necessarily lead to an extreme drop in income for the following reasons: First, yield and price fluctuations partly compensate each other (i.e. by 20 to 40% of the revenue fluctuation), e.g. when low yields are compensated by high prices. Second, fluctuations in revenue and costs can also offset each other. Third, additional risk factors influence the risk exposure. Diversification and a high return on sales have a risk-reducing effect on income risk, while a high use of borrowed capital and external labour increases risk. In summary, the results on risk exposure show that the challenges for risk management have increased over the last two decades and that effective risk management must be designed individually for each company, given the diversity of company structures and organization. There are many different approaches to risk management and they vary depending on the risk factor. However, the risk-reducing effect of a specific measure should always be checked against whole farm success criteria, such as the extent to which fluctuations in whole farm income are reduced.

The systematic compilation of risk management instruments shows that there exists a wide range of potential instruments to improve risk management on the farm level. Instruments which are revenue-based play an important role in the USA, but they are not common in the EU. Instruments which are aimed at margins or income offer very effective hedging. However, implementing such programs often pose considerable administrative challenges. This can be seen as a crucial reason why these instruments are seldom used internationally. Index based (subsidised) tools are relatively widespread in the USA, however, they are only occasionally used in European countries. In this field, there is potential for future developments which reduce the basis risk of index based approaches.

We have examined the effects of an EU-subsidised income stabilisation instrument for Germany. It is a hedging instrument which pays in case of significant income loss. Farmers have to contribute to a fund and receive payments when the income reduction amounts to more than 30 percent of a farmer’s three-year average annual income. The maximum compensation is 70 percent of the income loss.

This hedging instrument is applied to income and thus covers a variety of different single risks. The analyses show that costs for compensation payments vary considerably between different years and are very high in certain years. In the period considered, the share of farmers with an income loss of more than 30 percent varies from about 18 to 40 percent. Compensation payments for farmers would be between 600 to 800 million € annually (based on the ten-year average for the 2006/07 to 2014/15 period), depending on the contractual agreements. The highest compensation payment would have occurred in 2014/15 (1.2-1.6 billion €). The payment of contributions for an obligatory participation with a subsidy rate of 65 % would be about 19-24 € per ha UAA and year based on an historic ten-year average. Without subsidies, i.e. an exclusive funding by farmers, the level of contributions would be accordingly higher: about 53-69 € per ha UAA and year.

This calculations show that the volatility of income is significantly reduced by the analysed income insurance. In the hypothetical case with income insurance, the coefficient of variation is below that of the case without insurance (-25 to -29 %).

Administrative costs are estimated to be very high. Challenges for the implementation consist of an appropriate and secure registration of compensation rights and compensation extents. A variety of detailed challenges are due to the structure of German agriculture (farms with no legal obligation to keep accountancy records, scope for design of tax declarations, complex company structures and structural change). Generally, a considerable time lag between income reporting and income compensation payments has to be expected. Thus, the contribution to the reduction of income volatility can be reduced considerably, or income volatility might be even increased in the following years.