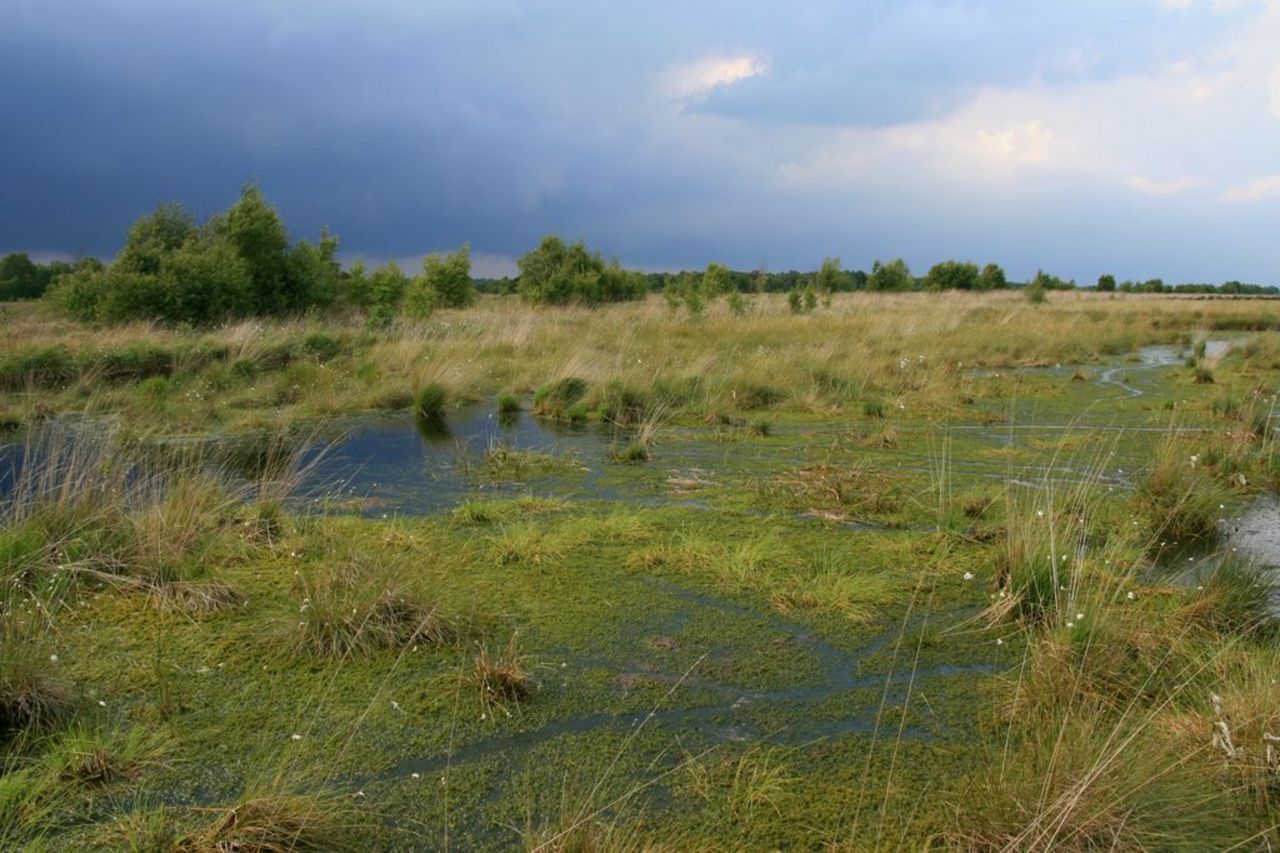 Factors controlling concentrations and losses of dissolved carbon and nitrogen from semi-natural, agricultural and re-wetted bogs in Lower Saxony (Germany)

Agriculture, peat extraction and rewetting all impact the biogeochemical cycling in peatlands. In this project we studied factors controlling the concentrations of nitrogen and dissolved organic carbon.

Especially during the last century, the natural hydrology and nutrient cycling of bogs in Lower Saxony has been disturbed by human activity such as peat extraction and agriculture. Nowadays, peatlands on bog peat are mainly used as grassland of varying intensity, but there are also rewetted areas. Groundwater levels and peat properties are determined by the land use (history) and influence carbon and nitrogen cycling. Furthermore, the IPCC “Wetlands Supplement” calls for including the export of dissolved organic carbon from organic soils into greenhouse gas inventories. In this project, we investigated the effects of these factors on concentrations and losses of dissolved organic carbon (DOC) and nitrogen (N).

We sampled soil water, groundwater and surface waters at two sites in Lower Saxony. The “Ahlenmoor” near Cuxhaven is an Atlantic bog with deep peat comprising grasslands used with different intensities, rewetted former peat extraction sites, and semi-natural areas. The second study site, the “Großes Moor” near Gifhorn, is a heavily anthropogenically influenced grassland where the peat remaining after peat extraction has partially been mixed with the underlying sand. This lead to a strong small scale variability in groundwater level and soil organic carbon content.

Data from the “Ahlenmoor” clearly showed that concentrations of both C and N depend on groundwater levels and thus land use. Especially a drained and intensively used grassland on bog peat showed extremely high concentrations of DOC and N species. Furthermore, successful rewetting with groundwater levels permanently at the surface of a former peat extraction area led to quasi-natural concentration levels. At all sites, dissolved organic nitrogen (DON) was the most important N species in the soil solution and the surface waters and should be considered when evaluation the water quality effects of peatland on bog peat.

Data from the study site “Großes Moor” showed that DOC concentrations were surprisingly independent of the soil organic carbon content (10 to 45 %), but strongly influenced by hydro-meteorological dynamics. DOC quality, in contrast, was influenced by land use history and thus SOC content. The comparison of field results with laboratory column experiments emphasized the importance of soil hydrologic processes and conditions (e.g. pore water velocity) on DOC concentrations.

Our former colleague Dr. Stefan Frank worked on this project.