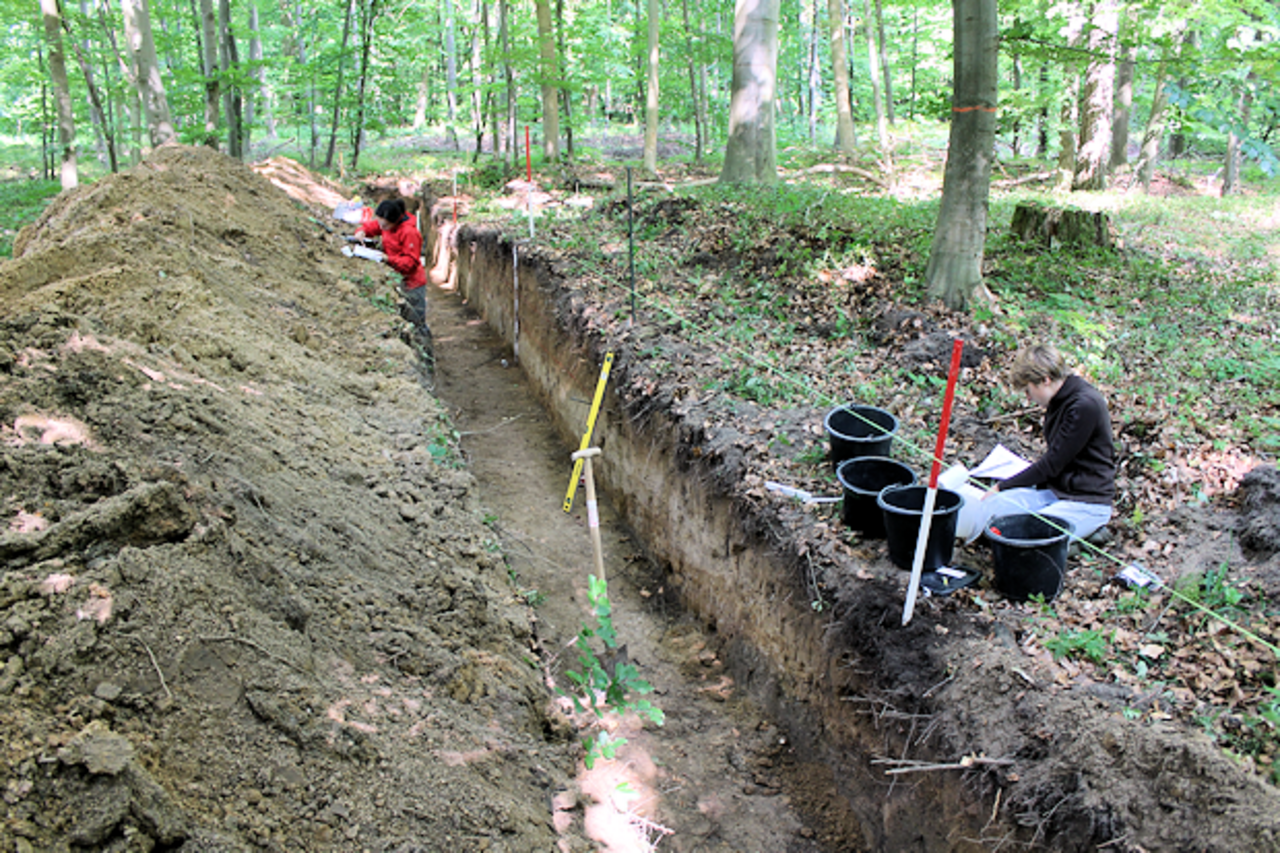 © Thünen-Institut/AK
Cross section profile of a ridge and furrow cropland in Bad Helmstedt, Lower Saxony, that was abandoned in the 12th to 13th century

Soils contain the largest terrestiral pool of carbon and are thus of main importance for greenhouse gas emissions.  In the project "Soil carbon burial" we analyze the potential of deep incorporation of soil organic matter for climate change mitigation.

Land management practices have often led to organic matter burial. Croplands have been widely managed as ridge and furrow systems since the 12th century. With mouldboard ploughing in one direction, ridges were built up burying former topsoil underneath. With the invention of the steam plough, the ploughing depth continuously increased. Deep ploughing has been used for soil melioration in Podsols and Luvisols and later on also in peatland cultivation. During the 1960s dozens of agricultural field experiments on deep ploughing were set up in Northern Germany.

Ridge and furrwo systems and deep ploughed soils are used as sampling sites in this project.

Within the project experimental work will be conducted at 20 field sites throughout Central Europe. The sampling campain will be finished in Autum 2014 and will be followed by soil anlytics and incubation experiments.

We make use of old experimental sites with a paired design: a part of the field sites has been deep ploughed and the remaining part of the sites is used as reference. In the ridge and furrow systems comparisons between ridge and furrow and reference points at the originla soil surface are performed.