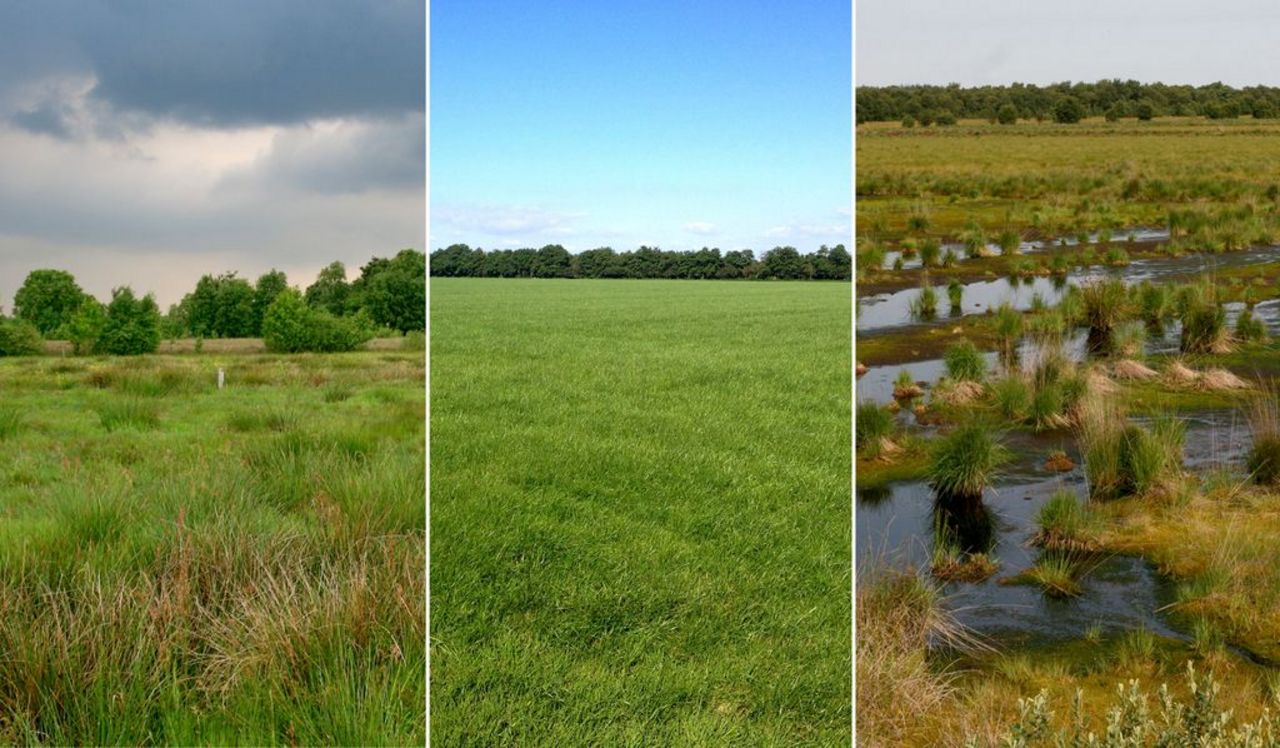 Land consumption and intensification of use exert high pressure on grassland areas. Recording and assessing the condition and distribution of protected grassland and grassland worthy of protection requires a great deal of effort. In the future, satellite data should support official monitoring with area-wide services.

The project "Copernicus lights green (CopGrün)" aims as a joint project of several state environmental agencies together with partners from research and development to develop and provide remote sensing-based services for the official monitoring of grassland in Germany.

Permanent grassland is home to more than half of all animal and plant species found in Germany. Furthermore, permanent grassland provides a variety of ecosystem services, such as improving water storage capacity and soil erosion control, acting as a nutrient and pollutant buffer to protect water bodies, and as a carbon store through humus accumulation in the topsoil. However, increasing land loss due to settlement development, conversion to arable land and ongoing intensification of agriculture are exerting high pressure on the conservation and performance of grassland. In order to protect grassland as a resource in the long term, numerous environmental and nature conservation, as well as agricultural and climate policy measures have been implemented at municipal and national level. A significant part of the implementation and documentation of these measures is in the hands of the Regional Environmental authorities (state offices) in Germany.

Regular and long-term monitoring of these measures and the evaluation of their effects on the condition of grassland is only possible on an area-wide basis with the support of remote sensing data. However, successful use at the official level requires the development and provision of customised services and low-threshold interfaces in order to reach a broad user community at the level of the state offices.

In this context, the partners of the CopGrün project are tasked with developing services based on satellite data that can serve the entire grassland landscape along a moisture gradient from bogs, brown sedge swamps and wet heaths, to mown or grazed wet grassland and grassland of medium sites, to dry and lean grasslands and dry heaths. In addition to the identification and conservation status assessment of protected grassland to support the reporting obligations of the state environmental offices, this mandate also includes the characterisation of grassland of low conservation value under agricultural use.

In total, four overarching nature conservation and climate protection topics are addressed in sub-projects (SP), which are to be covered by remote sensing services:

Within the framework of sub-project "Vegetation, Land Use and Moisture of Organic Soils - Improving the Basis for an Assessment of Climate Protection Measures" (SP4), the following objectives are being pursued at the Thünen Institute:

To this end, indicators are being developed that can characterise the hydrological state of organic soils under grassland use (peatland water level and its dynamics). These can be divided into three groups:

The data of the Sentinel satellites of the European earth observation programme Copernicus (Sentinel-1 / -2) with their high spatial and temporal resolution form the data basis for this project. The high repetition rate of the individual Sentinel satellites and their combination to form a dense time series enable the area-wide observation of permanent grassland areas at intervals of a few days. Temporal and spatial patterns of vegetation structure, intensity of use and hydrogeological condition are mapped and analysed using methods of multivariate statistics and machine learning.

Can the vegetation structure and its variability be mapped/derived as a proxy for water level dynamics using the Sentinel satellite time series?

How can optical and radar satellite data (Sentinel-1 / -2) be best combined to capture the intensity of use in grassland?

How can the radar-based methods be improved in order to record the water level/soil moisture more precisely over an area?