First studies on the enrichment of humus by flower strips 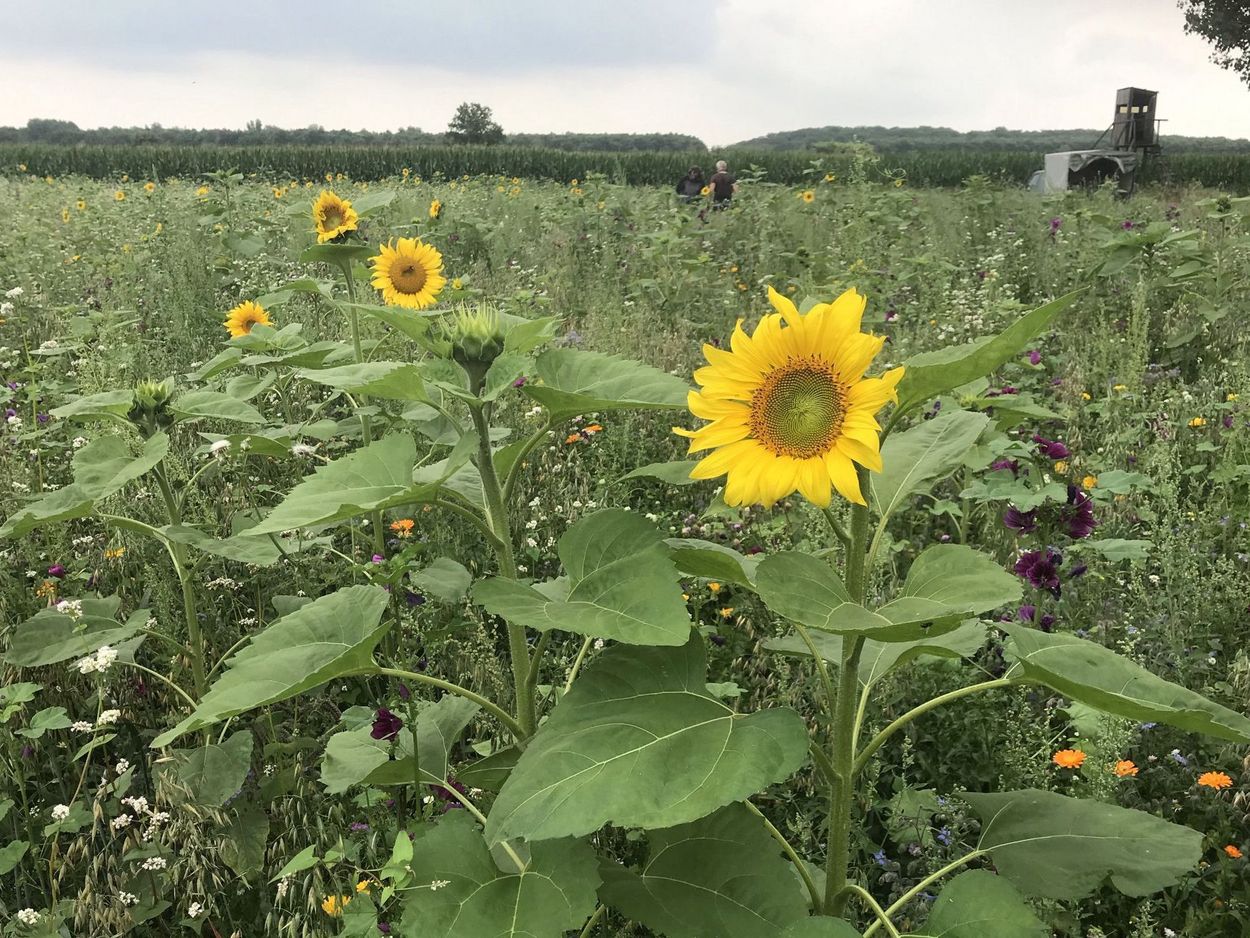 Flower strips adjacent to croplands not only increase biodiversity, but can also contribute to climate protection. This has been shown by a research team from the Thünen Institute of Climate-Smart Agriculture in Braunschweig.

The working group wanted to estimate how much biomass is generated in flower strips. The plant material of these strips is not harvested but incorporated into the soil and is thus available to form humus. Humus is rich in organic compounds; thus, it sequesters carbon in the soil that plants have taken from the atmosphere as CO2.

In a field study they initially examined 23 flower strips throughout Germany from Bavaria to Lower Saxony for species composition, above- and below-ground biomass, and possible initial effects on soil carbon stocks. "This was a huge effort," explains Dr. Christopher Poeplau, working group leader at the Thünen Institute, "because we had to wash out the roots from several hundred soil samples, for example." But this effort was worth it, because the biomass growth of flowering strips was largely unknown until now. On average, the researchers came up with a biomass in midsummer of just 8 tons per hectare, and at one extreme site even 19 tons. Since the sampled flower strips had an average age of only three years (since initial establishment), no major changes in the carbon stock of the soils were to be expected yet. However, the first positive trends could already be observed. An interesting correlation appeared between plant biodiversity and total biomass: the more grasses were mixed into the flowering strips (which can hardly be avoided over time even by regular renewal) the lower was the number of different species, but at the same time the higher was the total biomass and thus the humus effect.

To estimate the long-term humus effect of flower strips across Germany, the researchers used a model and a data set obtained in the course of the National Agricultural Soil Survey. On each of a total of 1500 arable sites, for which the cultivation of the last 10 years and soil carbon stocks were known, they fictitiously grew all 23 flower strips. On average, this resulted in an annual carbon accumulation of 0.5 tons of carbon per hectare of flower strips (equivalent to 1.8 tons of CO2) for the next 20 years, assuming the flower strips would persist for longer periods of time. Christopher Poeplau explains the dimension: "Currently, about 1% of Germany's arable land is covered with flower strips. If another 1% were added, this could bind an additional 240,000 tons of CO2 in the soil each year. This is equivalent to nearly 0.5% of annual greenhouse gas emissions from agriculture." In addition, there is the climate protection effect of no fertilization on the flower strips. Those strips, which are sown – with government support – as part of agri-environmental measures or nature conservation measures, are primarily intended to increase the diversity of plants and flower-pollinating insects. The positive climate effect now makes them seem even more attractive.

Institute of Climate-Smart Agriculture
Back
Scroll to top
Follow us